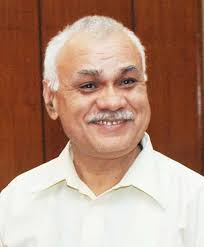 New Delhi: Construction of 1,68,606 new houses have been approved in the 52nd Meeting of the Central Sanctioning and Monitoring Committee (CSMC) under Pradhan Mantri Awas Yojana (Urban). 14 States/UTs participated in this meeting. These houses are proposed to be constructed across the verticals of Beneficiary Led Construction, Affordable Housing in Partnership and In-Situ Slum Redevelopment. The states also put in their proposals for revision of projects due to various issues such as, of land, topographical hazards, inter-city migration, change of preferences of verticals etc. Construction is in various stages in more than 70 Lakh houses and more than 41 Lakh houses have been completed.

Shri Durga Shanker Mishra, Secretary, MoHUA who presided over the meeting urged the States/UTs to strategize the expeditious implementation of PMAY(U) projects. “The progress under the Mission has been steady. We have to move towards completion of houses with all the basic physical and social infrastructure,” he said. “The States/UTs shall focus on completion and delivery of houses to beneficiaries. He further urged the States/UTs to expedite the implementation of Affordable Rental Housing Complexes (ARHCs) scheme.

‘All the States/UTs may also learn from the six Light House Projects (LHPs) initiated in six cities , namely, Agartala (Tripura), Ranchi (Jharkhand), Lucknow (Uttar Pradesh), Indore (Madhya Pradesh), Rajkot (Gujarat) and Chennai (Tamil Nadu). The technology can be replicated and scaled across the country for mass housing ,” he said.

This was the second CSMC meeting during the COVID-19 pandemic. Ministry of Housing and Urban Affairs is committed to provide pucca houses to all eligible beneficiaries of Urban India by 2022 when the Nation will celebrate 75th Independence. With the vision of ‘Housing for All’, the emphasis has been to accelerate construction, completion and delivery of houses across the country within stipulated time under