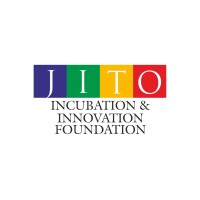 New Delhi: JITO Incubation and Innovation Foundation (JIIF) and JITO Youth wing (JYW) in association with North Zone recently hosted the grand JIIF Shark Angels. Out of the 5 startups that pitched, 4 received cumulative investments of INR 6.3 Crores. As per the breakup, INR 50 Lakhs secured by the employee retention and customer loyalty platform Unotag, the gloves making company Glovatrix that help deaf and dumb communicate is assured INR 80 Lakhs support, Photos sharing platform and tool Kwicpic raised INR 1 crores, Edtech skill testing platform offee pitched last and got commitments of 4 crores. Of the 4 that raised funds, 3 startups also closed their funding round through Shark Angels commitments only. The audience have also shown interest to invest in the startups.

With the 200+ live participants and 1400+ virtual audience the massively successful event saw the support from the highest level of dignitaries such as Shri. Anilji Jain – Refex Group, Shri Bajjrangji Bothra – Epack Group, Shri Hemantji Jain – KLJ Group, Shri Vinayji Jain – MLM Group, Shri Prasanji Jain – Sugal and Damani Group and Manojji Mehta – MTC Group. Without these dignitaries this stature of event could not have been achieved. This is the third in the series of this event that is planned to be organised in multiple cities. The event was hosted by celebrity Ranvijay Singha and Dhruvin Dhruva from JIIF Secretariat.

Shri Vikaramji Jain, JITO North Delhi Chapter Chairman and Shri Ramanji Jain, JITO Gurugram Chapter Chairman has organised the JIIF Shark Angels as a part of JITO Games which took place in Noida from 26th May to 28th May. Thanks to JITO North Zone for constant help and support. Also to the games and North youth team and many others for helping in organising the event.

Jeenendra Bhandari Chief Secretary of JIIF said, “JIIF Shark Angels has the vision to create a pan India impact in terms of financial resources as well as business connections. A multi-city Shark Angels event organised to ensure local startups maximize their potential and realise their dreams along with channelizing investments from potential sharks at regional level. Thus, enhancing the benefit of synergy and strategic expertise of investors and startups strengthening the regional ecosystem.”

Anup Mehta, Vice-Chairman of JIIF (Incubation, Acceleration and Corporate Innovation), expresses gratitude to the Shark Angels of the Noida event, the JIIF Secretariat team to bring life and execute this vision of on the spot fund raising event to this level. Youth Wing, especially Dhiraj Chajjed, National Youth Chairman, has been an equal partner in this journey, and JIIF looks forward to their continued support for all the events planned across India. Sincere thanks to Shri Ramanji Jain making arrangements and hosting the event on such a magnanimous scale. JIIF is also grateful to its National Sponsor Finmen Advisors for providing support to fuel the organizing team with enthusiasm.

JIIF looks forward to the support the strong Startup ecosystem by leveraging the JITO Network to benefit all the stakeholders to provide the necessary support and best of resources to our Jain Entrepreneurs and be a catalyst in their journey of being unicorns from soonicorns. The sharks have been kind to let the audience participate in investing with them on the same round so whoever would like to invest into one of the seven startups kindly get in touch with the JIIF Secretariat team at seedfund@jitojiif.com or visit our website to know more.