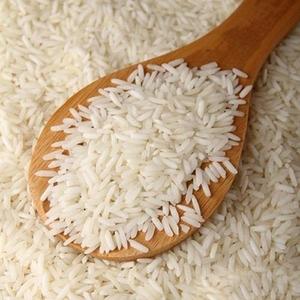 New Delhi: The government is planning to cover 291 districts by March 2023 aspirational and heavy burden districts under the rice fortification programme. Briefing the media in New Delhi today, Shri Sudhanshu Pandey, Secretary, Department of Food & Public Distribution, said under the Phase II of the ‘distribution of Fortified Rice through Public Distribution System (PDS)’, which began in April 2022, overcoming all production related challenges, 90 LMT (Lakh Metric Tonnes) of fortified rice has already been produced.  The Phase II of the programme which includes Phase I plus TPDS (Targeted Public Distribution System) and OWS (Other Welfare Schemes) in all Aspirational and High Burden Districts, a total of 291 districts, will be covered by March 2023.

The Secretary informed that under Phase I covered ICDS (Integrated Child Development Services) and PM POSHAN in India all over by March, 2022 and nearly 17 Lakh MT of fortified rice was distributed. However, Under PDS, more than 90 Districts (in 16 States) have started lifting of fortified rice and around 2.58 Lakh MT have been distributed so far.

Shri Pandey also said that independent concurrent evaluation would be carried out by the Development Monitoring & Evaluation Office (DMEO) under NITI Aayog of the rice fortification to assess the outcomes and impact of the programme. He added that Steering Committee in the States will monitor the implementation of the programme.

As part of vigorous implementation efforts, the Department of Food and Public Distribution has been coordinating all ecosystem related activities with all relevant stakeholders like State Govt./UT, line Ministries/Department, Development Partners, Industries, Research Institutes etc. The FCI and State Agencies are engaged in procurement of fortified rice and so far, nearly 126.25 LMT of fortified rice has been procured for the supply and distribution. The entire cost of rice fortification (around Rs. 2700 Cr. per annum) would be only borne by the Govt. of India as part of food subsidy till its full implementation upto June, 2024.

The Joint Secretary DFPD, Shri S. Jagannathan made a presentation on ‘Rice Fortification and its distribution under PDS, ICDS, PM POSHAN etc’. He outlined the process of distribution of fortified rice and also highlighted that the Phase I served as a platform to put in place an ecosystem for districts for the scheme. In Phase III, along with districts covered under Phase II, remaining districts will be covered by March 2024.

Earlier, Centrally Sponsored Pilot Scheme on “Fortification of Rice and its Distribution under Public Distribution System” was implemented for a period of 3 years beginning from 2019-20. Eleven (11) States successfully distributed the fortified rice in their identified districts (1district per state) under the pilot scheme. The pilot scheme has been over on 31.03.2022 and nearly 4.30 Lakh MT of fortified rice had been distributed.

In pursuance of the Hon’ble PM’s announcement to provide nutritional security, the Cabinet Committee on Economic Affairs(CCEA) has accorded its approval for supply of fortified rice throughout the Targeted Public Distribution System (TPDS) under the National Food Security Act (NFSA), Integrated Child Development Services (ICDS), Pradhan Mantri Poshan Shakti Nirman-PM POSHAN [erstwhile Mid-Day Meal Scheme (MDM)] and Other Welfare Schemes (OWS) of Government of India in all States and Union Territories (UTs) by 2024 in a phased manner.