New Delhi: A four member French delegation led by the Special Representative for Bilateral Economic Relations, Mr. Paul Hermelin called on the Union Minister of State for Commerce & Industry, Shri Som Prakash here today. They discussed the scope for mutual cooperation across the entire gamut of bilateral and international trade and economic issues. 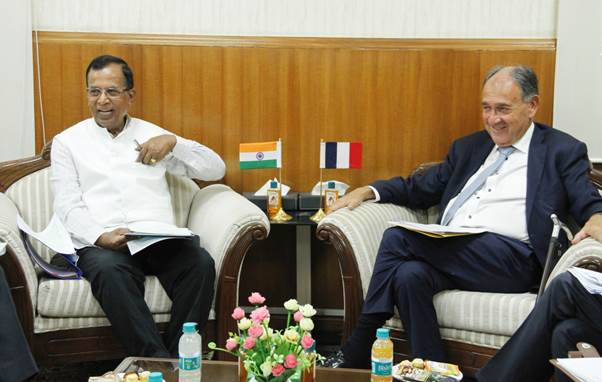 Shri Som Prakash gave an overview of major initiatives and reforms of the Modi Government in reducing cost of business and increasing Ease of Doing Business in India. He also explained about the success of India-France Fast Track Mechanism.

Shri Som Prakash highlighted India’s priorities ahead of the impending 12th Ministerial Conference (MC12) of the WTO due to be held in Geneva next week. The Minister sought support of Government of France for India’s proposal seeking TRIPS waiver in view of the global fight against the Covid pandemic. He also pointed out India’s stance on WTO negotiations related to e-Commerce and the moratorium on Customs duties on electronic transmissions that is due to expire in the run up to the MC12. 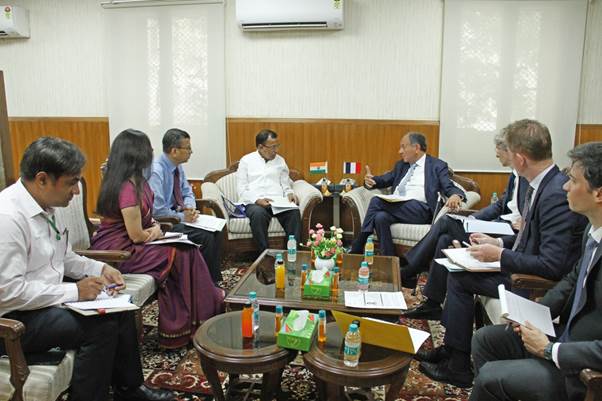 Speaking on the occasion, Mr. Hermelin said France is keen to pursue the Free Trade Agreement (FTA) negotiations between European Union and India. Both sides hoped to conclude the agreement before 2024. The pact will pave the way for India to give a boost to trade with the 27-member nation EU bloc, subject to ratification by both sides including the European Parliament. The two sides are due to reopen FTA talks in Brussels on the 17th June.

The French delegation included the Ambassador of France to India, Mr. Emmanuel Lenain.