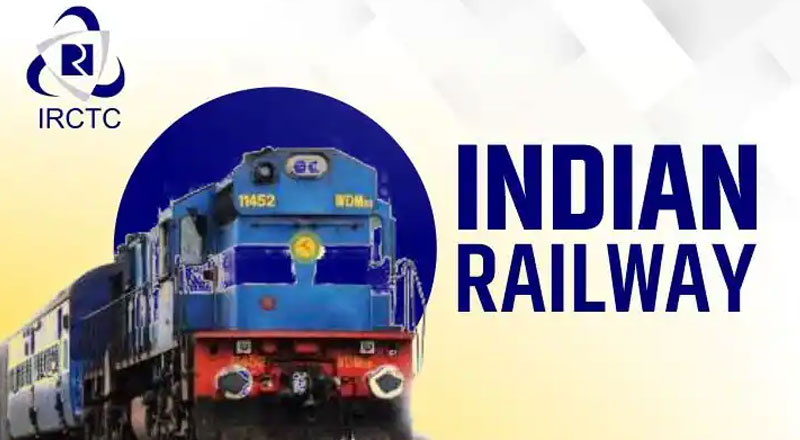 New Delhi. : The USBRL (Udhampur Srinagar Baramulla Rail Link) is a National project undertaken by the Indian Railways for construction of broad-gauge railway line through the Himalayas, with the aim of connecting the Kashmir region with rest of the country. On December 15th, 2022, a major milestone has been achieved by executing the breakthrough of Escape Tunnel T-49 between Sumber and Khari Stations on the Katra –Banihal section of the USBRL project. The length of the escape tunnel is 12.895 km. This is the longest escape tunnel of India and the line and level of the tunnel are precisely achieved during the breakthrough of the Escape Tunnel. This breakthrough has been achieved in presence of Shri S.P. Mahi, Chief admistrative officer/USBRL, with his team of officials and staff.

It is a modified horseshoe shape tunnel connecting the Sumber Station yard on the Southside & Tunnel T-50 after crossing Bridge no.04 over Khoda Nallah on the North side, at Khoda village. The elevation of the South end at Sumberis is  approx 1400.5 m and of the North end is 1558.84 m. The ruling gradient inside the tunnel is 1 in 80. The boring was done from various faces from South portal, north portal and through three Aditsi.e.Urnihal (323 m), HingniAdit (280m) & Kundan  Adit (739m).

The Tunnel T-49 is a twin tube tunnel comprising the Main tunnel (12.75 Kms.) & Escape Tunnel (12.895 Kms.) connected with 33 numbers of cross-passages at every cross passages. The main tunnel mining was already completed and final lining works are progressing at rapid pace. The Tunnel is constructed as per International standards, in which provision of an Escape Tunnel has been made to facilitate rescue and restoration works in emergency cases.  The Escape Tunnel passes through the Ramban formation of the Young Himalayas and besides this, various distributaries/Nallahs of Chenab River like Khoda, Hingni, Kundan nallah  etc. Cross all along the alignment, making mining more of a highly challenging task.

Several Challenges were encountered in the course of construction such as shearzone, perched aquifer, and highly jointed rock mass, rock problems of excessive squeezing and heavy ingress of water. On the north end, the tunnel alignment passes through very weak shear zone of carbonaceous phillite. The tunnel mining was very challenging and several surprises were met during tunneling. Excessive deformations were recorded during tunneling at several locations between Kundan and Seeran, but these challanges were successfully tackled professionally. Also a mojor cavity was encountered in escape tunnel on 21.03.2021 at Ch. 12/538 near the north portal due to extremely poor rock mass, the strength of Rock mass was not more than 5 MPA and RQD (Rock quality designation) <10, with damp to wet Ground water Conditions. The calculated RMR( rock mass rating ) is 18, GSI( geological strength index) is 26 and Basic RMR ( Rock Mass Rating ) is16.  The vertical over burden near the cavity location was 150 m. The size of the cavity was about 3 m long and 15 m high from crown, continous flow of mass was also witnessed and tunneling in ET ( Escape Tunnel) was subsequently suspended. The tunnel face was immediately stablised and face was sealed. Detailted investigation was carried out and detailed methodology was finalised to attend the cavity and the work was successfully carried out by negotiating the cavity.

The tunnel has been constructed by the New Austrian Tunnelling Method (NATM), which is a modern technique of drill and blast processes. Although the boring work of the tunnel, started from both directions upto the hand-shaking point, the precision of both ends meeting at one point flawless. This is the result of meticulous planning and precise execution of tunneling work, the line and level of the tunnel perfectly matched in both portions after the break-through.

The team of experienced engineers of Indian Railways successfully negotiated all challenges and achieved the major milestone of the breakthrough of the Escape tunnel. During the construction activities of the tunnel, more than 75% of workers from nearby villages were engaged in various construction activities, thereby ushering a positive change in the overall socio-economic landscape of the region.

It is worthwhile to mention that T-49 tunnel(12.75 km) from Sumber to Seeran village in Khari Tehsil area of Ramban district of jammu and Kashmir  UT is the longest transportation tunnel in the country. It is noteworthy to mention that there are three other tunnels on this project, the length for which are close to that of tunnel T-49 and details for these are as follows :