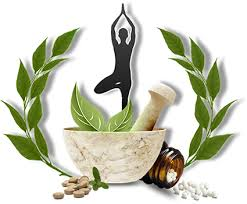 New Delhi. : Continuing its series of activities under the ‘Azadi Ka Amrit Mahotsav’, the Ministry of Ayush launched a campaign of distributing Ayush prophylactic medicines and written guidelines on diet and lifestyle today at New Delhi. The drive was jointly kick-started by Minister of Ayush and Port, Shipping & Waterways Shri Sarbananda Sonowal and Minister of State for Ayush and Woman and Child Development Dr Munjpara Mahendrabhai.

In the next one year, the immunity booster medicines and the guidelines to combat Covid-19 will be distributed to 75 lakh people across the country, with special focus on geriatric (people of 60 years and above age) population and the front line workers.

The kit of Ayurveda prophylactic medicines for Covid-19 contains Sanshamani Vati, which is also known as Guduchi or Giloy Ghan Vati and Ashwagandha Ghan Vati. The kit and the guidelines have been prepared by the Central Council for Research in Ayurvedic Medicines (CCRAS).

The drive to distribute prophylactic medicines and diet and lifestyle guidelines is a part of the ongoing ‘Azadi Ka Amrit Mahotsav’ campaign launched by the Government of India to commemorate 75 years of India’s freedom. The year-long campaign will continue till August 2022 when India celebrates 75th anniversary of Independence.

In his virtual address, Shri Sarbananda Sonowal said that the campaign aimed at contributing to the vision and mission of Prime Minister Narendra Modi to ensure “Health for All”. The Prime Minister has listed seven tasks to fight pandemic and among those first one is taking care of elderly, he said.

“Distribution of Ayush prophylactic medicines will help citizens to boost immunity against the corona virus. During the two waves of pandemic, people of this country showed great faith in our traditional system of medicine. Their faith has encouraged us to come up with this nationwide distribution campaign. This campaign is being carried out through the robust network of more than 86 Ayush institutions across the country.”

Congratulating the CCRAS officials for successfully planning and implementing the campaign, Shri Sonowal added that with this distribution campaign of prophylactic Ayush medicines, the council has been focusing on the health of geriatric population.

Speaking on the occasion, Dr Munjpara Mahendrabhai said that the current campaign was especially focused on the 60 plus age group. “This will help boost immunity in this age group as they are considered more vulnerable in this pandemic situation,” the MoS said.

The Ministry of Ayush has been allotted one week from 30th August to 5th September, 2021 for promotion of several activities including the launch of Y-Break mobile application, distribution of medicinal plants for farmers and public and various webinars.