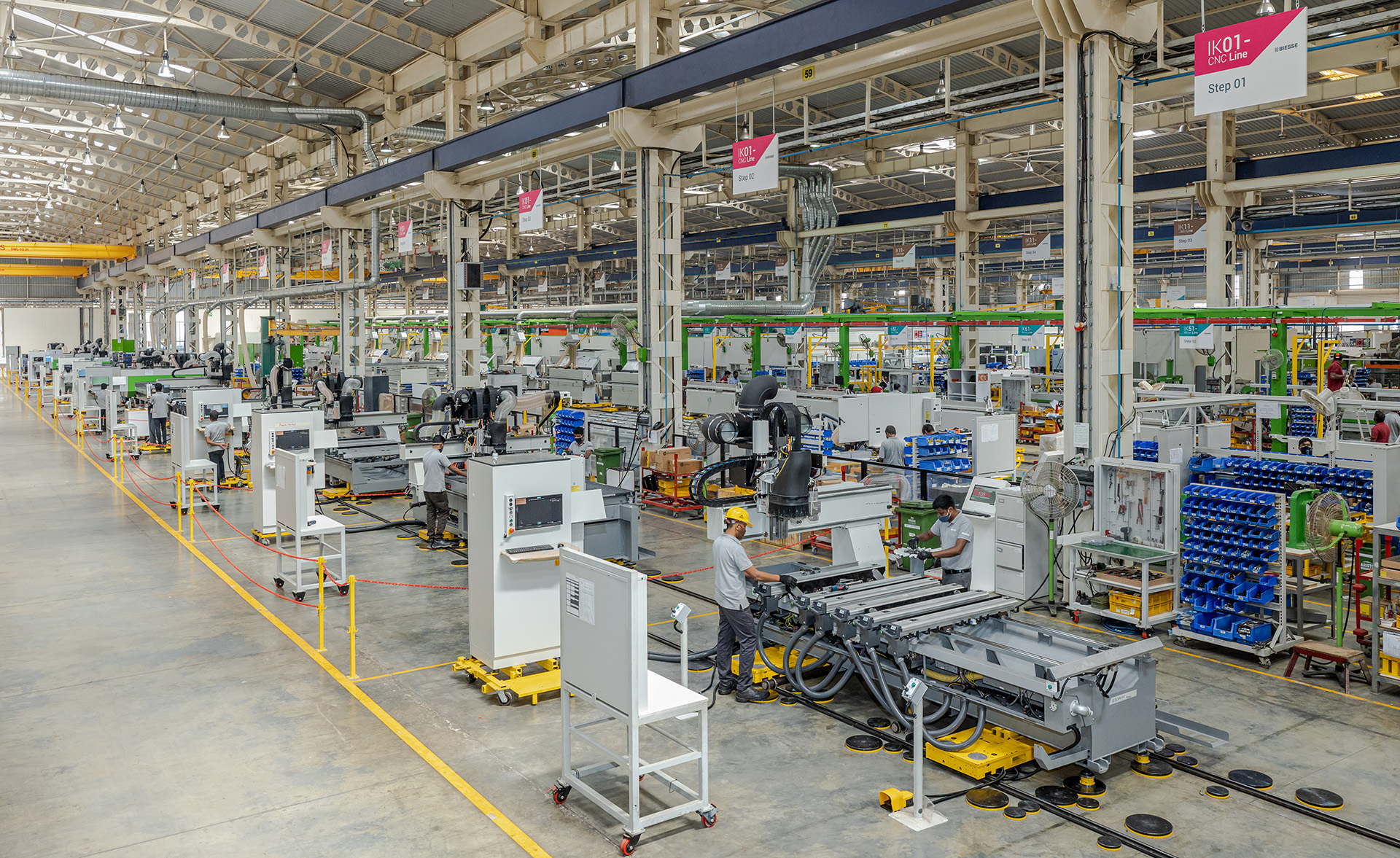 New Delhi: Biesse India, a global manufacturing company, set up its India office back in 2006 with just a team of 13 employees today successfully exports almost 85% of their units to more than 70 countries across the world. As the company recently marked its 15 years of establishment in India, it began its operations in a small shed of just 1000 square metres in Yeshwantpur, now has two production units in Bengaluru spread across 30,000 square metres with more than 700 employees.

In a span of 15 years, Biesse in India has been able to manufacture 10,000 machines, of which 70% have been exported to nations across 6 continents, including the USA, EU, Middle East, East Asia, Russia, Australia and many more. The firm has developed itself into one of the global leaders in designing and manufacturing advanced woodworking machinery and over the years, it has also diversified its offering by adding machinery and systems for the glass and advanced materials processing sector.

Biesse India is Biesse Group’s first production site outside Italy. This strategic investment in India was an insightful decision to develop an advanced production plant that would create employment opportunities in the country and at the same time cater quality machines needs of the small to medium sized companies across the globe. The expansion of Biesse India’s export network to 70+ countries has had a significant impact on the ‘Make in India’ mission. The company has also been proactively engaged in CSR activities over the years by supporting schools, emancipation through specialised courses at the Institute of Wood Science & Technology (IWST) and KIET Group of Institutions, setting up libraries, RO Water Plants, borewells, plantation drives and numerous other activities for the benefit of the society.

Commenting on the combined efforts of the organisation, Mr. Sayeed Ahmed, CEO, Biesse India said, “Our constant strive for product excellence as per International standards has been well received and appreciated across continents.” Adding further on their core values, “Biesse India has always believed in empowering the local community by hiring local talent and onboarding local suppliers. We also try to create a progressive and encouraging working environment for everyone.”

The global manufacturing company also invests 4% of its yearly revenues in R&D, boasting over 200 registered patents. The R&D center has previously developed a software to augment user experience and is committed to bring transformative concepts for automation in manufacturing.

The initial years were true of great rigour and perseverance as the company took 7 years to reach a total production of 2000 machines. However, Biesse India’s team including their leadership, with continuous support from its investors and top management in Biesse Italy, bolstered their operations and as of today has reached a production capacity of 1800 machines per annum. A growth of more than 100X compared to where the company started from. Biesse India now offers 6 product lines in 100 different configurations. There is also an experience centre where 15+ machines are available for live demonstrations.

Biesse Group is a multinational leader in technology for processing wood, glass, stone, plastic, and metal. Biesse India is a direct subsidiary of Biesse Group and also the only production site of Biesse Group outside Italy. Biesse Group designs, manufactures and distributes machines, integrated systems, and software for manufacturers of furniture, door/window frames, and components for the construction, shipbuilding, and aerospace industries.

The company invests 4% of its annual revenue in research and development and has registered over 200 patents. It operates through 12 industrial sites, 39 branches, 300 agents, and selected dealers, exporting 85% of its production. Biesse India itself exports to more than 70 countries across continents. Founded in Pesaro in 1969 by Giancarlo Selci, Biesse Group has been listed in the STAR segment of the Italian Stock Exchange since June 2001. It currently has 4000 employees around the world.