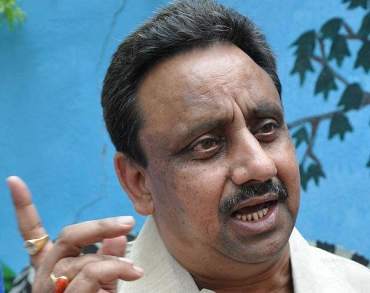 New Delhi. Reacting sharply on the Chinese Hawala racket busted by the Income Tax Department yesterday pertaining to money laundering of  more than 1000 crores  so far, the Confederation of All India Traders (CAIT) in a letter sent to Finance Minister Smt. Nirmala Sithraman and Commerce Minister Mr. Piyush Goyal has demanded an in-depth investigation of the whole racket and to investigate whether such kind of rackets are also in operation by Chinese people in the Country. The CAIT has also demanded stern action against Banks like Bandhan Bank & ICICI Bank and others for their connivance with Chinese national, nexus of this Hawala with e-commerce companies.

CAIT National President Mr. B.C. Bhartia & Secretary General Mr. Praveen Khandelwal said that it is a sinister and malicious attempt by Chinese national might be backed by Chinese Government to wreck the Indian economy. The CAIT has also demanded a separate intensive probe by the Enforcement Directorate as well.

The trade leaders also said that its a matter of investigation that as to how the Chinese person Luo Sang which is his real identity in China and who was operating under the name of Charlie Peng was able to secure Indian Passport from Manipur and how he was able to further secure Aadhar & PAN Number through which he opened series of Bank Accounts.

Mr. Bhartia & Mr. Khandelwal said that opening and smooth operations of about 40 Shell Bank Accounts compelled to derive the fact that there is a close nexus of Chinese national & Bank officials and as such immediate steps should be taken to take task because of highly dereliction in duties of the Bank officials who should immediately be suspended and stern action should be taken against them

They further said that Chinese individual was depositing and withdrawing crores of rupees in Cash on regular basis which is an abnormal transactions and every such transaction is under scanner of the bank which has to report the same to the Authorities. But in the instant case either the Banks kept a blind eye or if reported why immediate cognisance was not taken and why such transactions were continued to be allowed.

Mr. Bhartia & Mr. Khandelwal said that some of the leading E-commerce Companies operating their online business activities in India are also hand in gloves with Chinese Individuals and Companies. The CAIT has urged for an investigation into the conduct of e-commerce companies in this issue. This huge revelation by the Income Tax department is ample testimony of indulging in blatant violations of India’s laws by the e-com portals.

The CAIT has also urged that all the bank employees and Chartered Accountants involved in this scam must be put behind bars and face the severest punishment for destroying the sanctity and sovereignty of Indian laws and rules.