Chief Labour Commissioner and DG, Labour Bureau also visited the Atal tunnel and met senior officials from Border Road Organisation (BRO) and contractors engaged in various activities of the tunnel. In the meeting, Officials from BRO which is a road construction organization, formed in 1960 under the Ministry of Defence, made detailed presentation elaborating work and other related aspects of the tunnel. Mr. Negi explained to the officials from BRO and contractors about the importance of implementation of labour laws and new labour codes. He elucidated how compliance with new labour codes is a win-win situation for both the employees and the employers. 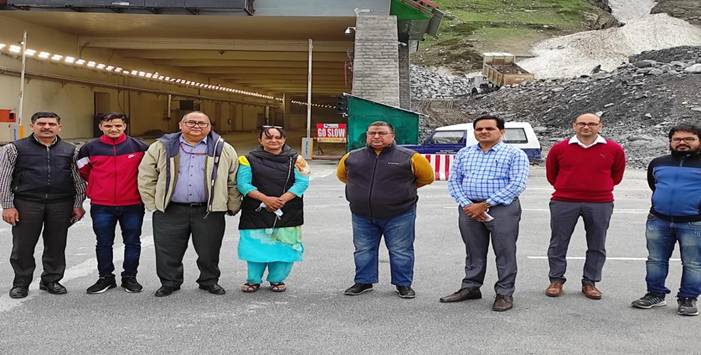 The tunnel, with a length of over nine kms, has been built under the Rohtang pass by the Border Road Organisation. It has improved the connectivity, considerably reducing the travel time and overall distance between Manali and Keylong.