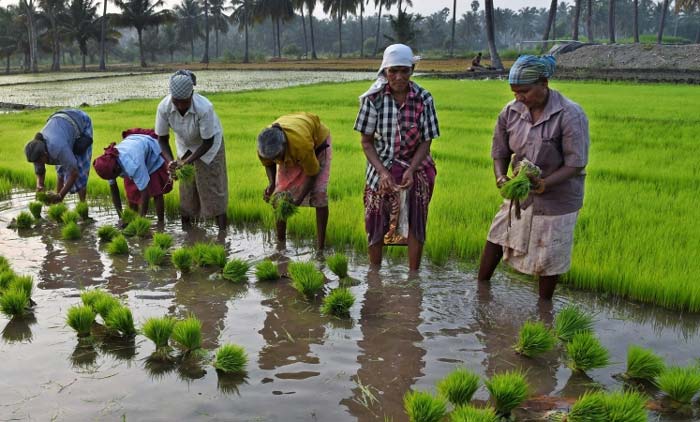 Collective efforts under the leadership of PM have more than doubled the income of lakhs of farmers: Shri Tomar

Coinciding with the Azadi ka Amrit Mahotsav, the e-book was released with a compilation of 75,000 success stories among farmers whose incomes have increased.  94th Foundation Day ceremony of the Indian Council of Agricultural Research held under the chairmanship of the Agriculture Minister, awards were given away.

New Delhi: The Union Minister for Agriculture and Farmers Welfare, Shri Narendra Singh Tomar has said that the Agriculture sector and farmers are developing rapidly in the country. On the call of Prime Minister Shri Narendra Modi to double the farmers’ income, many farmers have succeeded in doubling or more than doubling their incomes as a result of the collective efforts of all including the Central and State Governments, the Indian Council of Agricultural Research (ICAR) and Krishi Vigyan Kendras (KVKs). To commemorate the Azadi ka Amrit Mahotsav, an e-publication has been prepared by compiling success stories of 75,000 farmers out of lakhs of farmers whose incomes have increased. Also, a State-wise brief publication on Doubling Farmers Income has also been prepared. These were released by Agriculture Minister Shri Tomar on the occasion. The e-publication is available on the ICAR website. Shri Tomar also distributed awards to scientists and farmers on the 94th foundation day of ICAR. Addressing the function organized at ICAR Pusa Campus, Delhi, Shri Tomar said that today is a historic day as the ICAR had decided last year that in the Azadi ka Amrit Mahotsav year, the success stories of 75,000 farmers would be documented whose incomes have doubled or more than doubled. This compilation of successful farmers will prove to be a milestone in the history of the country, he said. Shri Tomar also released other publications of ICAR. He said that the foundation day of ICAR should be celebrated as ‘Sankalp Diwas’. On this occasion, resolutions for the whole year should be taken and they should be fulfilled by the next Foundation Day.

Shri Tomar said that India is an agricultural country and Agriculture is such a sector in which continuous work needs to be done and solve new challenges. At present, the challenge is to promote Traditional Farming as well as move forward using technology. It is the effort of the Prime Minister that there should be a change in the life of the villagers, poor, and farmers so that infrastructure is improved in the rural areas, life should be easy and Agriculture should be converted into a profitable venture. Towards this goal, multi-faceted efforts have been made. Funding is being done by implementing schemes to create new jobs. People are being linked with employment, employment opportunities are being created in the agriculture sector.

“When an educated person picks up Agriculture as a profession, then by combining technology with qualification and experience, so many employment opportunities can be created, so that the problem of employment can be solved,” he said. 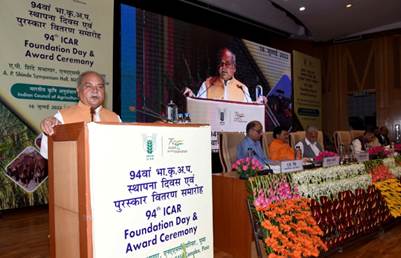 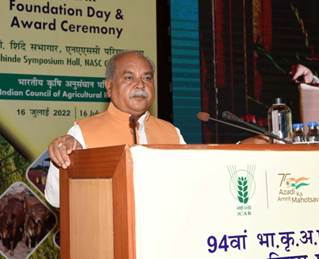 Union Minister Shri Tomar said that it has been 93 years since the setting up of the ICAR. “Since its establishment in the year 1929 till date, about 5,800 seed varieties have been released by it, including about 2,000 of these varieties released in the eight years since 2014 till now. This is a very important achievement. These include seed varieties of horticultural, climate-friendly, and fortified varieties. Today we are facing the challenge of Climate Change, so this is the matter of biggest concern to scientists. We have to come out with a roadmap in this direction and present the results before the country so that India’s agricultural exports improve further. In this, the role of other scientists of all KVKs and ICAR institutes is important,” he said.

Shri Tomar also asked ICAR and KVK to make determined efforts in the field of agricultural productivity including increasing the production of pulses, oilseeds, and cotton. Earlier, the Agriculture Minister interacted online with some farmers from different parts of the country. In the discussion of the Agriculture Minister with the farmers of Himachal Pradesh, Rajasthan, Madhya Pradesh, Gujarat, etc., it emerged that their incomes and standard of living are improving due to government schemes and institutional support.

In the program, the Union Minister for Fisheries, Animal Husbandry, and Dairying, Shri Parshottam Rupala suggested documenting the history of achievements of the ICAR. He appreciated ICAR for developing new seed varieties of nutrient-enhancing crops. He said that the attention of research centers should be drawn towards the innovations taking place in Agriculture and allied sectors while encouraging them to do excellent work in this sphere. He said that on the initiative of the Prime Minister, the International Year of Millets would be celebrated next year under the leadership of India. In view of this, ICAR should focus on promoting Nutritious Cereals globally. 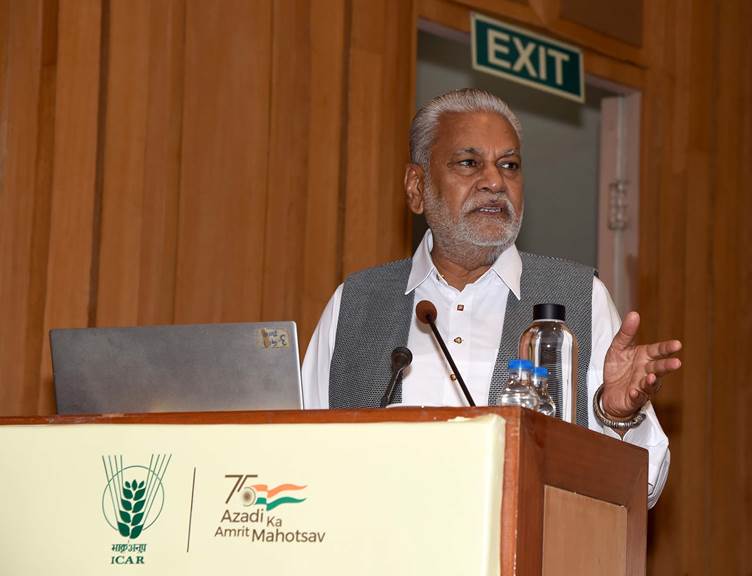 Union Minister of State for Agriculture and Farmers Welfare, Shri Kailash Choudhary said that along with the farmers, the scientists of ICAR have contributed a lot to agricultural development. Under the leadership of the PM, the government is working keeping in mind the goal of increasing the income of farmers and providing them facilities and support. The budget of agriculture was about Rs 22,000 crore 8 years ago, which has now been increased to Rs 1.32 lakh crore. Under the PM Kisan Samman Nidhi, farmers are being given Rs. 6,000 in 3 installments every year directly into their bank accounts while the problems of small farmers are being resolved through the FPOs. The new 10,000 FPOs will prove to be a milestone and through them, the farmers will be able to sell their produce easily not only in the country but in any corner of the world. 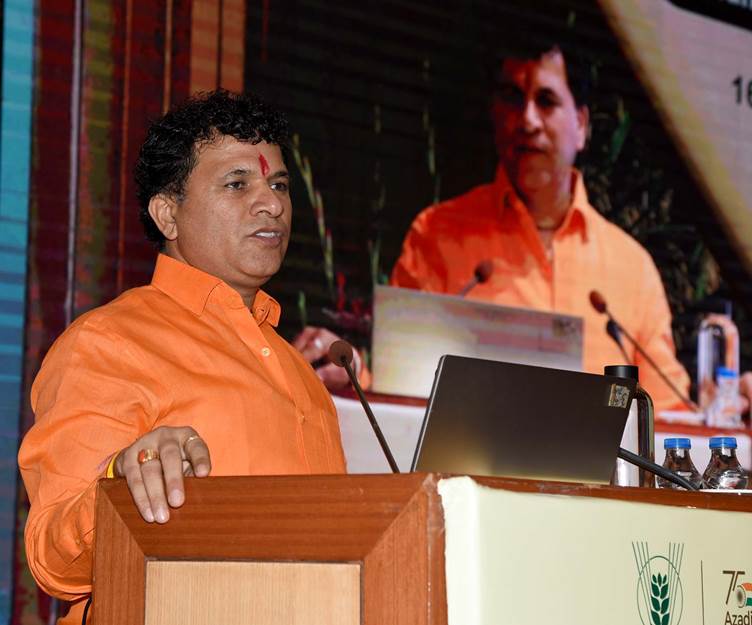 NITI Aayog member Dr. Ramesh Chand said that the resolution talked about by Shri Tomar is important in itself. Every institute should make its own resolution so that it becomes everyone’s resolution. Whatever ICAR has achieved by involving the KVKs, it has done by making the people partners. In the last 75 years, the success of the green revolution has come from genetic improvement. The Government of India is walking on two paths with great responsibility. One is the traditional method. And the second – Science.

This Year, the ICAR selected 92 Awardees under 15 different Awards including 4 Institutions, 1 All India Coordinated Research Project, 4 Krishi Vigyan Kendras, 67 Scientists, and 11 Farmers of whom 8 were Women Scientists and Farmers. 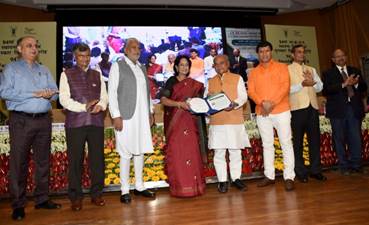 The Chief Guest and the dignitaries released the various ICAR Publications and Technologies on the occasion. 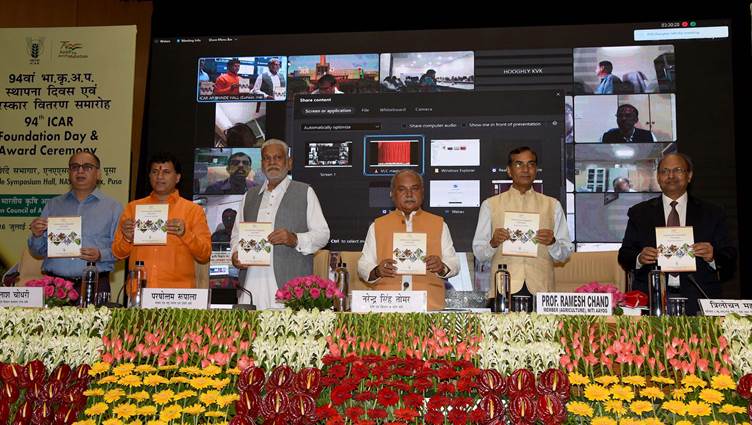