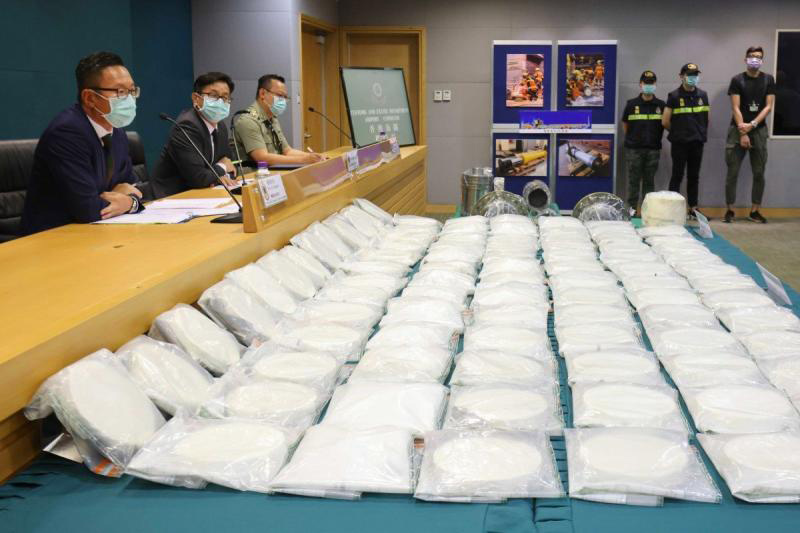 Delhi Customs seize 5.85 kg cocaine, the biggest at any airport in India, on 6th April 2022 night

The Delhi Airport Customs seized 5.85 kg cocaine, the biggest at any airport in India, on 6th April 2022 night at the IGI International Airport. The seizure last night by the Delhi Customs signifies the fight carried out by the Indian Customs against the menace of drugs.

Continuous flow from source countries have made drug accessibility easy. IGI Airport, being the premier Capital airport of the country receives lakhs of passengers annually, some of whom are actively operating as drugs carriers. Customs at IGI Airport is waging a relentless fight against such carriers and their handlers.

In the past six months, Customs at the IGI Airport alone has booked no less than 16 cases under NDPS Act, the highest number at any airport in the Country. In the process, almost 33.70 kg of Heroin and 12.60 kg of Cocaine has been seized from International passengers, mostly nationals of African origin. For the entire 2021-22, 35 cases booked by Customs at IGI Airport, with a street value of drugs estimated at Rs. 887.35 crore. 34 passengers have also been arrested in the process.

Two distinct modus operandi have been observed in these seizures. Some of the passengers pack the drugs inside latex capsules, which are then swallowed by them in order to get past Customs officers easily at the Airport. Later, they eject these capsules after consuming laxatives, running a great risk to their own lives. This modus operandi is not only very difficult to detect, but also very difficult to retrieve. The suspected passengers need to be admitted to government hospitals, where the extraction is conducted under medical supervision. This process often takes 4 to 5 days, sometimes longer. Needless to add, these passengers are kept constantly under strict observation and guarded day-and-night by the Customs officers, at great risk to their own lives due to COVID-19 pandemic. The seizure of narcotics drugs at the airport is just the beginning of a tough, long legal battle that ensues later.

In the second method, the drug is concealed in specially made cavities in the hand-baggage or Checked-in baggage being carried by the passengers. Such cases are detected by the combined use of the Customs Canine Squad and High-resolution X-ray. Both these modus operandi have been detected at IGI Airport. The expanding market and the remunerative lucrativeness has ensured that there is no reduction in the relentless flow of drugs attempted to be smuggled into India though the airports.