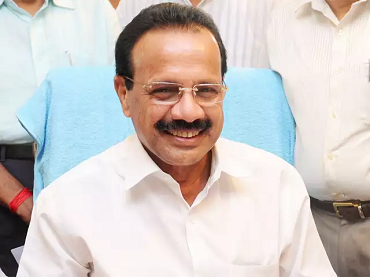 Department of Pharmaceuticals has taken several measures to create suitable environment for development of domestic capacity in the pharma sector : Gowda

New Delhi. Union Minister of Chemicals and Fertilizers  Shri. D.V. Sadananda Gowda  has said that his Department of Pharmaceuticals has taken several measures to create suitable environment for development of domestic capacity in the pharma sector . He said  Prime Minister Sh. Narendra Modi has recently said that ‘India’s Pharma Industry is an asset not just for India but for the entire world. It has played a leading role in reducing the cost of medicines especially for developing countries.’

Addressing the Inaugural Session of CII’s 12th MedTech Global Summit Charting the MedTech route to AtmaNirbhar Bharat, Shri Gowda said that to strengthen country’s drug security, the Government is committed to build Atmanirbharta in the pharma sector. Government has launched schemes for development of three Bulk Drug Parks and four Medical Device Parks across the country. Apart from increasing Central assistance for development of common infrastructure facilities in the parks, Union Government will also extend Production Linked Incentive (PLI) to manufacturers of bulk drugs and medical devices in these parks.

The minister said, Government will provide incentive at the rate of 5 % on incremental sales for a period of five years from Fiscal Year 2021-22 to 2025-26, with total outlay of Rs 3420 crore. Department of Pharmaceuticals has already released evaluation criteria for selection of units for this scheme on July 27, 2020. A time period of 120 days has been given for filing applications. He said it is the right time for companies to take advantage of this scheme.

The two-pronged strategy of incentivizing production and creation of common infrastructure will offset higher cost of production. This will make domestic companies as competitive as their peers in foreign countries, and provide a level playing field to them. within a period of 2 -3 years, due to right policies of the Government under the  leadership of Shri Narendra Modi, pharma sector will become AtmaNirbhar, not only in sense of meeting domestic requirements but also for fulfilling global demand of low cost – high quality medicines and medical devices.

Shri Gowda informed that the  schemes for development of bulk drug & medical device parks are expected to attract cumulative investment of about Rs 77900 crore and can generate about 2,55,000 employment.  “For medical device sector alone, investment could be to the tune of Rs 40000 crore with generation of 1,40,000 new employment opportunities,” he added.