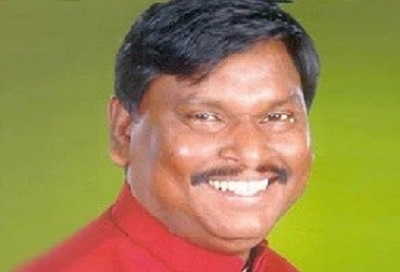 Every Citizen Should Become a Partner in Economic Growth: Arjun Munda

“We need to think how every citizen could become a partner in the economic growth,” he said, alluding to more than 700 tribal communities in the country.

Minister Shri Munda emphasised sustainable and comprehensive development of the people and Aatmanirbharta based on innovation and research. He encouraged corporates to work with tribal communities of the nation. The minister noted a need to understand tribals better and build relations with them.

On the occasion, Mrs Rajashree Birla, Chairperson of FICCI CSR & Community Development Committee, emphasised improving the health of the informal economy, educational outcomes, and access to health care to reduce the brunt of the pandemic. In this regard, she informed about the FICCI Aditya Birla CSR Centre For Excellence project “Creating Resilient Communities for Future Pandemics”, which was launched in October 2020 and spans more than 700 least-developed villages. The project focused on the development and social concerns, nutrition security, creation of livelihoods, entrepreneurship development, access to green energy and rebuilding of social security of small & marginal farmers and tribal communities.

Speaking about FICCI CSR awards, Mrs Birla noted that the awards are a recognition of the exemplary work done by India Inc. “It is a testament to their commitment to being a force for good,” she said, adding, “the award has become truly aspirational in its 20th edition.”

Mr Amit Chandra, Jury Chair, FICCI CSR Awards, Co-Chair of FICCI CSR & Community Development Committee and MD of Bain Capital India, said, “we are a country of over a billion people, but also a million opportunities to lift those around us simply by providing a lending hand.”

The minister also released the FICCI CSR Awards Compendium of the 33 finalists of the 20th FICCI CSR Awards. Eighty-six organisations had sent entries for the twentieth edition of the awards to recognise CSR best practices, partnership, scaling and replication opportunities.