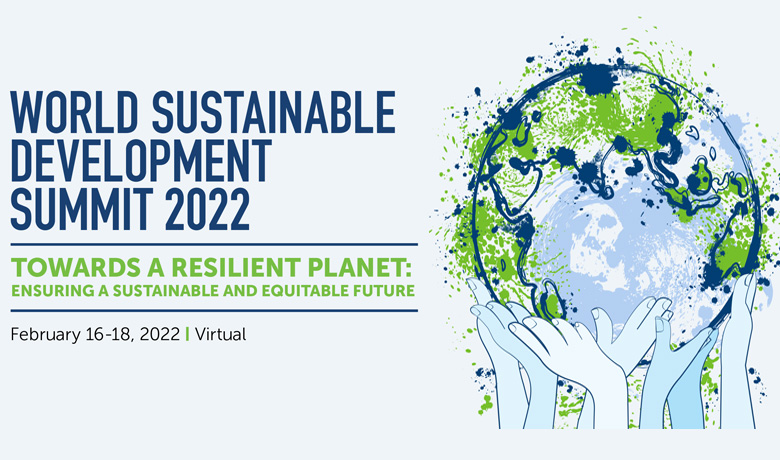 New Delhi: The need to break silos and work in collaboration across borders, ministries, departments and sectors to mainstream sustainability was asserted by experts during the curtain-raiser to the 22nd edition of the World Sustainable Development Summit (WSDS 2023) held ahead of the World Environment Day in New Delhi on Friday.

The WSDS 2023, the annual flagship science-policy interface event of The Energy and Resources Institute (TERI), will be held in the capital on the theme of ‘Mainstreaming Sustainable Development and Climate Resilience for Collective Action‘ from February 22 to 24, 2023.

In his keynote address at the curtain-raiser, Mr. Ovais Sarmad, Deputy Executive Secretary, United Nations Framework Convention on Climate Change (UNFCCC) said, “We have not inherited the environment from the previous generation, but borrowed it from the future generation. We have a huge moral and ethical responsibility to protect that… We have to keep the perspective of human development and the individual at the centre of it all. Unfortunately, sometimes the policies and discussions fail to do that.”

Pointing out that inclusive multilateralism is the only way forward to address climate change, recover from current conflicts and the crisis we are living through, Mr. Sarmad also added, “In both developed and developing countries, there is an increased importance towards mainstreaming the effects of climate change and addressing them in climate policies.”

In his presidential address, Dr. S Siddharth, Additional Chief Secretary (Finance), Government of Bihar, gave an overview of how the State conceptualised and implemented the Green Budget. “Bihar is the first state in the country to place the Green Budget in both the houses of the Assembly. We came out with our first Green Budget in 2021. We identified 19 departments that have an impact on climate change; every budget head was broken to identify its effect on climate change,” pointed out Dr. Siddharth.

Noting that the world has come a long way in terms of awareness of sustainability, especially among corporates, 50 years after the Stockholm Conference and 30 years since the Rio Summit, Mr. Nitin Desai, Chairman, TERI, however observed that political barriers are yet to be surpassed. “There are institutional and ethical barriers still in getting solutions which address the challenges of equity, particularly between now and future generations,”Mr. Desai said.

Calling for the integration of sustainable development across sectors of climate policy, finance, science, technology and innovation, Dr. Vibha Dhawan, Director General, TERI, in her welcome address said, “Perspectives from a variety of lenses and institutional vantage points become important when we talk about mainstreaming sustainable development.”

The Summit Overview Document of WSDS 2022 and the curtain-raiser to the 22nd edition of WSDS was launched by Dr. Shailly Kedia, Senior Fellow and Associate Director, TERI.

In his leadership address, Dr. Akhilesh Gupta, Senior Adviser and Scientist ‘H’, Department of Science and Technology, Government of India, highlighted that though industrial development played a part in accelerating climate change, solution to the problem also lies in science. “Technology driven industrial development led to climate change. It is going to be science and technology led coping strategy and clean technology that will help address climate change. The new science and technology policy will focus on creating the STI ecosystem that meets the challenges of SDG goals and aligns with national priorities,” he said.

Noting that all major banks in India need to scale up their engagement with sustainable development, Mr. Sunil Nair, Chief General Manager, Reserve Bank of India (RBI), gave an overview of the central bank’s vision and policies for mainstreaming sustainable development and climate action. “The RBI has been spreading awareness on green and sustainable finance through its publications and communication channels,” said Mr. Nair.

In a bid to spread awareness on water conservation, TERI also signed a Memorandum of Understanding (MoU) with Diamond Toons to produce a series of popular books. Emphasising the need to take the message of water conservation to all stakeholders, Dr. SK Sarkar, Distinguished Fellow, TERI, said, “We should reach the youth and other stakeholders who are the future citizens of the country. As per the estimates of Niti Aayog, by 2030, our water demand will be double of our water supply. Water conservation is the key.” Collaborations such as the MoU between TERI and Diamond Toons will help in taking the message across, he added.

Signing the MoU with Dr. Dhawan, Mr. Manish Verma, Director, Diamond Toons, said the platform of talking comics and its universe of characters will take the message conservation and sustainable development to stakeholders in multiple languages. “More than ever we need behavioural change in making inclusive and sustainable change. We have to increase the share of voices in protecting the one earth. The power of storytelling is the only way to make a society inclusive of change,”Mr. Verma noted.

Published in Industry News and Infrastructure