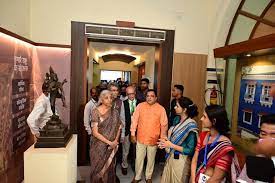 New Delhi: Union Minister for Finance and Corporate Affairs Smt. Nirmala Sitharaman dedicated to the nation, “Dharohar” – the National Museum of Customs and GST in Goa today as part of the Azadi Ka Amrit Mahotsav Iconic week of the Ministry of Finance, being celebrated from June 6-12. The dedication ceremony was performed in a unique manner, with the Finance Minister removing the golden sand from single rock art installed at the centuries old heritage building in which the museum is housed. The two storey ‘Blue building’, which was earlier known as Alfandega, during the period of Portuguese rule in Goa, has been standing on the banks of the Mandovi River in Panaji for more than 400 years. 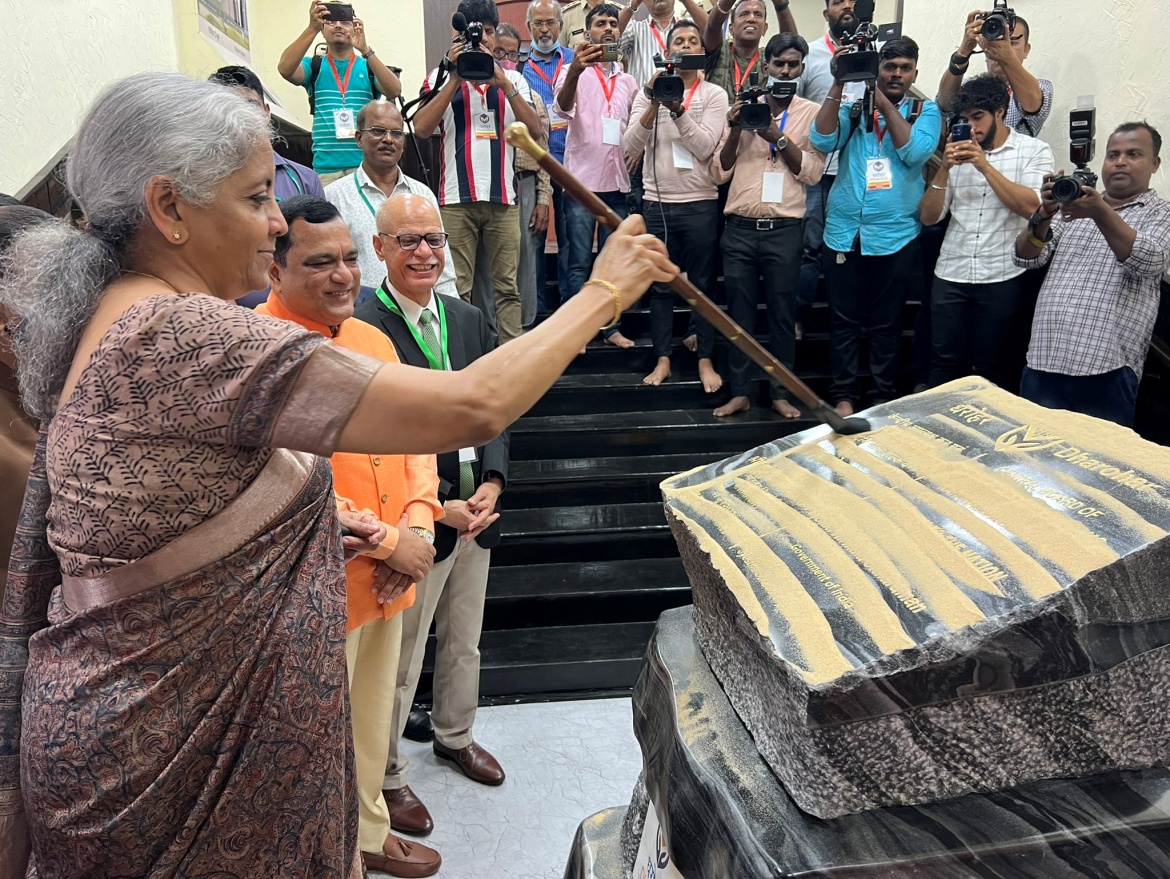 Dharohar is one of its kind museums in the country that showcases not only the artefacts seized by Indian Customs but also depicts various aspects of work performed by the Customs Department while safeguarding the economic frontiers of the country, its heritage, flora & fauna and the society.

The tour de force of Dharohar museum is a unique ‘Battle of Wits’ gallery which showcases the cerebral battle between the smugglers and the Customs officers. It contains chronicled seizures of antique coins, statues, endangered wildlife, weapons and narcotics.  The Museum provides the rare opportunity of having a peep into the working of the Department over the years ushering in change in its methodologies to meet the emanating challenges while at the same time providing yeomen service to the Nation.

Notable among its displays are the manuscript of Ain-i-Akbari intercepted by the Indian Customs at the Indo-Nepal border at Raxaul, replica of Amin pillars from Kaurkshetra,  medieval period astronomical instruments, seized metal and stone artefacts, ivory items and wildlife items.

GST Gallery is the brand new addition to the Dharohar Museum. A first of its kind initiative in the country, this GST Gallery takes us through the long and arduous journey to GST spanning two decades.  Beginning with the Atal Behari Vajpayee Government initiating discussions on GST in 2000,  the Gallery chronicles various stages and processes that paved the way for introduction of reformed unified indirect taxation in the form of GST on 1 July 2017. An e-catalogue of the Museum contains high resolution pictures of the various items displayed in the museum along with relevant information. This e-catalogue is downloadable using the QR Code which would serve as a ready reckoner for not just the visitors but also for the scholars of archaeology and ancient history. 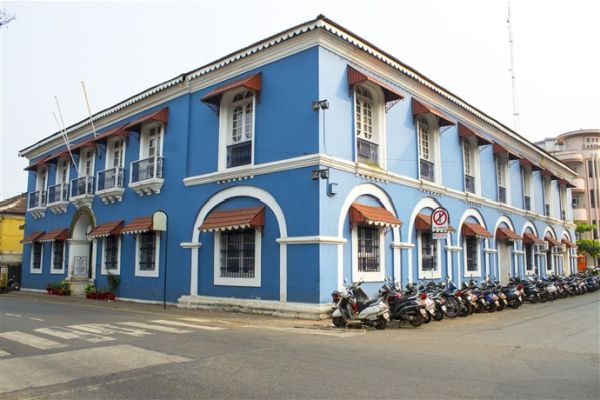 ‘Dharohar’ is an important addition to the Tourism Map of India and a must see attraction in Goa.