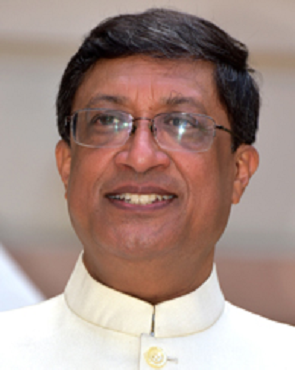 Atmanirbhar Bharat is an interactive India, engaging with the global community and value chains

NEW DELHI, : Dr Sanjay Bhattacharyya, Secretary (CPV, OIA & Arab), Ministry of External Affairs, Govt of India today said that India and the Arab region have a very strong economic bilateral relationship. To leverage this further, Indian companies should focus on expanding the markets in the Arab region by increase in investments, using emerging technologies and involving the youth in the process of economic development, he added.

Addressing a FICCI members on ‘India’s Economic Engagement with the Arab Region’, Dr Bhattacharyya said, “This is a wonderful time for both India and the Arab world.” He further stated that we need more joint ventures, more investments in the infrastructure and the manufacturing sector.  “The role of Sovereign Wealth Funds in facilitating this will be very critical,” he added.

Dr Bhattacharyya also emphasized that technology and innovation will be key areas to drive all enterprises and economies, hence it is imperative to include start-ups in the economic growth as well.  “The services sector, the Fourth Industrial revolution are some of the areas where India and the Arab world can collaborate to harness the potential of their human capital. There is a need to set up collaborative exercises between the Centres of Excellence to become partners in this revolution,” he added.

Highlighting other areas for further collaboration, Dr Bhattacharyya said the importance of high technology, including the defence and the space sector is very important. “Both these are elements that are critical for development.” He also said that leveraging innovation is critical for collaboration. Healthcare, education, tourism, are some of the areas that have high potential between India and the Arab region, he added.

Encouraging further relations in the Arab region, he urged the industry to explore the untapped markets. “Our focus in the Arab world has been confined to certain areas due to high value and volumes. It is time for us to venture out and look at the rest of the Arab world. The potential there is much bigger than we can ever imagine,” he said.

The Secretary also said that COVID-19 has not only impacted the world economy but has also given us a moment to pause and think about the new normal. Highlighting the issue of Indian workers and professionals working in the Gulf countries, Dr Bhattacharyya expressed hope that all countries will open up their facilities at an expedited rate for the Indians returning to their jobs in the gulf countries. “This will only help in the revival of economies,” he said.

He also emphasized on smoothening the migration flow and streamlining of the process. “This is a priority area for my ministry, and we are also working on the Migration Management Bill, which will lay out the structure. We are working very closely with all stakeholders, including foreign government to make sure that this becomes a mutually beneficial process,” said Dr Bhattacharyya.

largest trading partners and the total bilateral trade of the GCC (Gulf Cooperation Council) countries with India for the year 2019-20 was around US$ 120 billion. The FDI inflows from these two countries have also been on the rise, he added.