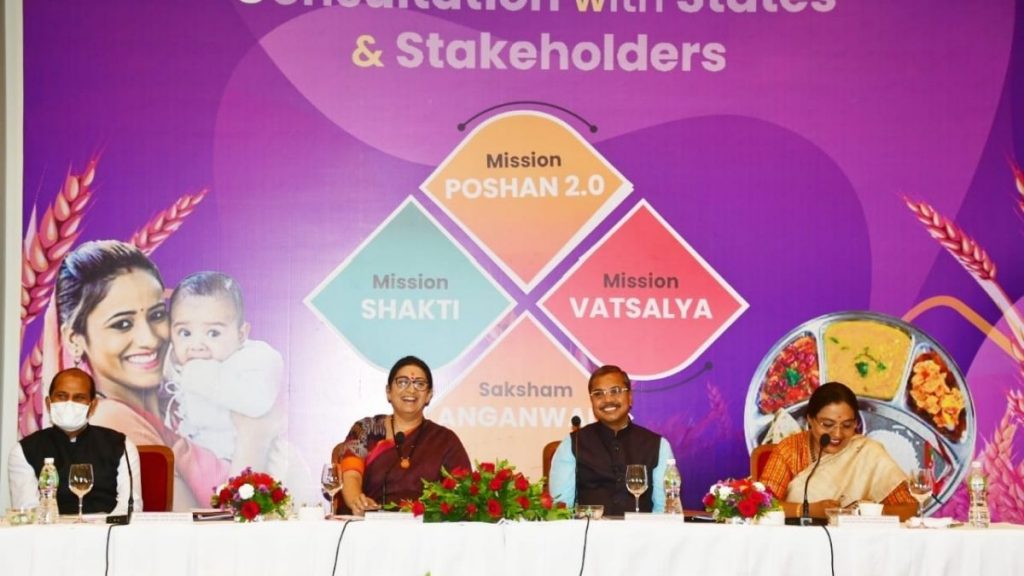 New Delhi: Union Minister for Women & Child Development, Smt Smriti Irani has asserted that women’s health and empowerment have become integral part of Government’s programmes and policies.  Addressing the Zonal Conference of States and Stakeholders from Western Region in Mumbai today, the Minister said the government under the leadership of Shri Narendra Modi is committed to protect the self respect of women, by addressing challenges with multi-sectoral approach. 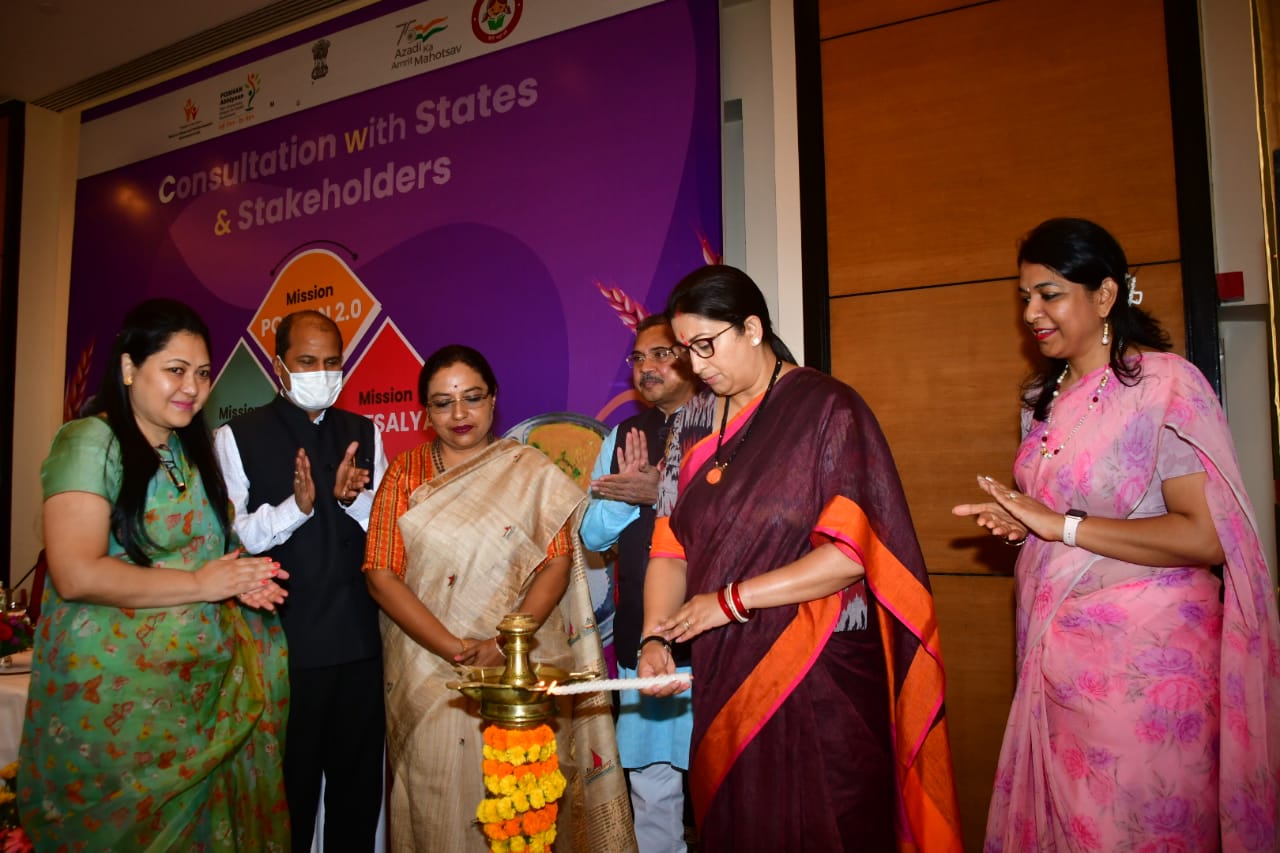 The focus of the Zonal Conference is on three important topics, viz : Mission Poshan 2.0 relating to nutrition of women and children, Mission Shakti relating to safety and security of women,  Mission Vatsalya  aimed at securing a happy and healthy childhood for every child. 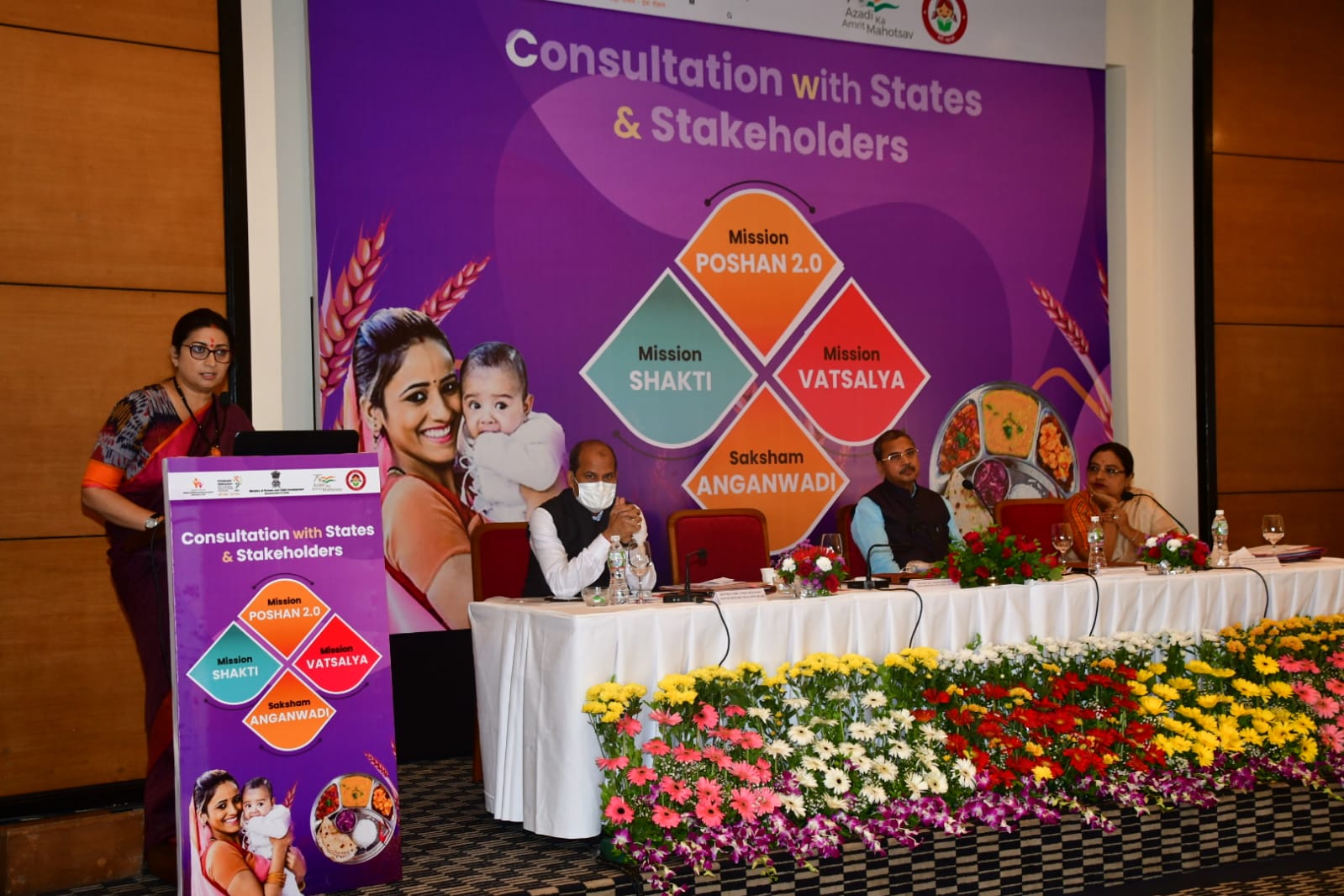 Referring to the Union Budget 2022-23, Smt Irani informed  that the allocation for women related programmes has increased by 14%. “The Union Budget 2022-23 has allocated Rs 1.71 lakh crores for women in our country.  We are the first government and the country which has integrated  the gender component in our inter-governmental  fiscal transfers” she added.

Smt Irani further observed that it has been an administrative legacy that states come to the Centre at the end of the financial year speaking of challenges in implementing the schemes. To address this issue, the Centre has been proactively reaching out to the states and the stakeholders in the spirit of cooperative federalism and hence the Zonal Conferences are being held across the country. “Prime Minister Modi has said over and over again that development will be possible only when states work in cooperation with Centre in the true spirit of cooperative federalism” she added.

Swachhh Bharat Mission and its contribution

The Minister in her speech highlighted how the various schemes of the Ministry of Women & Child Development are benefitting and empowering women in different fields.  She said  that with over 11 lakh toilets built, the Swachch Bharat Mission has ensured that every day of woman is started with cleanliness.  Smt. Irani further said that separate toilets for girls have been built in more than 4 lakh government schools within a year. The Minister reminded that in the absence of separate toilets for girls, the drop out ratio of girl children was as high as 23% before.

Smt Irani said that it is for the first time that Prime Minister of a country has talked about menstrual hygiene of women from the ramparts of the Red Fort, which proves that matters related to women are a priority of the government.  The Minister further said that “gender justice has to be a collaborative exercises and not left alone to women”.

Smt Irani said that Ayushman Bharat has widened the healthcare coverage across the country and it has witnessed women footfall of 45 crores. “Initially it was said that women, because of socio-cultural constraints would not come forward for treatment of breast cancer or cervical cancer etc. But, the skeptics have been proven wrong and nearly 7 crore women have screened themselves and those in need are undergoing treatment”.

300 more One Stop Centres to support women affected by violence.

Speaking about women’s safety and security, the Union Minister said there are 704 One Stop Centres functioning in the country and in collaboration with Women’s Helpline, 70 lakh women have received support from governments – both the Centre and the States combined.  Smt. Irani further informed that 300 more One Stop Centres would be opened soon.   One-Stop Centres (OSCs) are intended to support women affected by violence in private and public spaces, within family, community and at the workplace. The Minister also informed that through Nirbhaya Fund, various projects worth Rs 9,000 crores have been implemented between 2014-21, aimed at safety and security of women.

Citing an International Development Report, Smt Irani said that 15 crore work days were spent only on fetching water for households by women in India.  She said the ‘Har Ghar Nal aur Jal’ scheme under the Jal Shakti Mission has helped reach tap water to 9.33 crore households in the country.

Minister of State Dr. Mahendra Munjpara said that Saksham Anganwadi and Poshan 2.0 apart from Mission Shakti and Mission Vatsalya are the four strong pillars for strengthening women and child development works in the country. He said there are currently 12.56 lakh pucca anganwadi Kendra where most of them are equipped with functional toilets, availability of drinking water and other facilities. He assured that the remaining anganwadis will also be very soon equipped with standard facilities.

Secretary, Women & Child Development, Government of India Shri Indevar Pandey urged the state and union territory governments to build convergence structure, like it is being done at Centre, so that all state departments like Health, Panchayat, Rural Development,  Urban Development can work along with WCD Department for implementation of schemes for development of Women and Children.