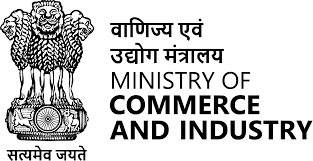 Shri Angamuthu said India has kept its wheat export options open for those developing countries to meet their food security needs after restriction on shipment of wheat was announced last month. Requests from several countries for importing wheat from India are being processed at the government level.

This year, wheat farmers have been immensely benefited in terms of procurement by the government’s agencies at Minimum Support Price (MSP) while a significant chunk of commodity has been sold to private trade at much above MSP.

The decision to ban wheat export was taken to ensure the availability of wheat for the domestic supply chain. Sudden spurt in exports in April created concern over domestic price stability and supply that prompted the government to take the ‘regulatory’ measure like restricting wheat export.

The global wheat market is currently volatile at present and prices remain elevated, owing to the shortage caused by the Russia-Ukraine conflict.

Keeping the interest of farmers as the top priority, the government allowed them to sell their wheat at higher prices at above MSP to private traders across several mandis besides procuring wheat at MSP across all the key grain growing states including Punjab, Haryana, Uttar Pradesh, Madhya Pradesh and Rajasthan.

Higher remuneration to farmers did not result in higher wheat prices for consumers due to administrative measures like wheat export regulations and more availability of wheat for domestic supply chain, said Shri Angamuthu.

The Centre has been quite prudent in balancing the interest of the farmers and consumers in one go. The objective of Government of India’s policy is that farmers could reap higher remuneration for their produce and the decision of the Centre helped a majority of farmers.

It has been reported that during the current Rabi marketing season (2022-23), the farmers sold their produce at an average rate of Rs 2150 per quintal against the MSP of Rs 2015.

While putting restrictions on wheat exports on May 13, the Commerce Ministry had clearly stated that the export of wheat would be open under the government-to-government contract and to any other vulnerable country facing a food crisis.

Union Minister of Commerce and Industry, Consumer Affairs and Food & Public Distribution, Shri Piyush Goyal recently said that India traditionally has not been an exporter of grain. “Our farmers toiled and ushered in the green revolution and India’s production of wheat has been primarily for the consumption of its own population,” said Shri Goyal at the World Economic Forum in Davos.

Even though India is the world’s second-biggest wheat producer, India has been relatively a marginal player in global wheat trade while the country has a share of more than 45% in the global trade of rice. By restricting wheat exports, the government chose to protect food security considering inflation concerns.

According to estimates by the Directorate General of Foreign Trade, India has exported a record 7 million tonne (MT) of wheat in 2021-22 which is valued at $ 2.05 billion. Out of the total shipment around 50% of wheat was exported to Bangladesh in the last fiscal.

The Government had regulated wheat export from May 13, 2022 which changed the market dynamics, preventing speculative wheat trading and cooled down the inflationary trend of the price of wheat and products made out of it in the domestic market.

To ensure that farmers with surplus wheat are not adversely affected on account of exports regulation, the government extended the procurement season. This extension facilitated those farmers, who had not participated in public procurement earlier but were keeping the wheat stocks with them, to come to purchase centres for selling wheat to Food Corporation of India and State procuring agencies.

In order to mitigate sufferings of farmers of Punjab and Haryana due to a fall in yield of wheat crop on account of early onset of summer and untimely heat wave and to boost procurement for the central pool, GOI relaxed permissible limit of shrivelled grains from 6% to 18% for Punjab and Haryana.