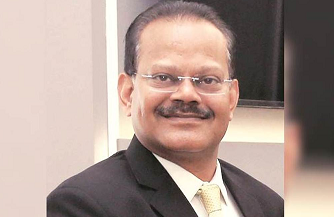 NEW DELHI, : Mr Raj Kumar, Secretary, Department of Defence Production, Ministry of Defence today said that the government is working on the second negative import list of defence items. He added that it will be a continuous process and government will, periodically, expand the list.

Addressing a webinar ‘Army Make Projects-2020’, organized by FICCI, jointly with the Indian Army, Mr Kumar invited the Indian industry to invest and explore opportunities in the defence sector. “We are also examining when the second list will come, and we expect you (industry) to come forward and start investing to meet our requirements,” he added.

He said that the announcement of the first set of embargoed items on imports will further boost and accelerate the process of indigenization. “Industry will also have to meet the needs of future wars with future products. The Industry will now have to shoulder the responsibility of catering to the requirements of embargoed items domestically,” Mr Kumar emphasized.

He further said that the government has launched various policy initiatives to make the sector more attractive for the private sector. “All policies of the government, including the Defence Industrial Corridors, Defence Production and Export Promotion Policy and the Negative Import List are focusing to ensure that our industry becomes the top producer of defence items in the world,” he said.

Highlighting the potential of Army Make Projects-2020, Mr Kumar said that the industry should stand up to the needs of the Army, both in terms of quality as well as quantity and be price competitive. “We want to Make for India and for the world. We also want you to export and the government will stand side by side with the industry to promote exports,” he assured.

In order to attract more foreign investments in the defence sector, Mr Kumar said, “The proposal for up to 74% FDI in defence sector through automated route has already been submitted to the Cabinet.” He added that the announced draft Defence Production and Export Promotion Policy 2020 focuses on attaining target of US$ 25 billion of domestic production and US$ 5 billion of exports by 2025.

Lt Gen SK Saini, Vice Chief of the Army Staff, Indian Army said the Indian defence industry has radically changed in the last few years and it can emerge as a global hub of defence equipment. He further assured the industry of full support from the Indian Army. “It will always be an honour for us to fight and win wars with equipment Made in India and made by Indians,” he added.

He also urged the industry to adopt latest technology to make world class equipment. “Developing indigenous and local capabilities to confront the emerging security challenges is an imperative,” he emphasized.

To further support the industry, Lt Gen Saini also highlighted that the Indian Army is giving impetus to promote MSMEs and small-scale industries to become part of the defence production. He also assured providing hand holding to industry in developing the prototype with a dedicated team of officers. “In an endeavour to quickly execute the projects, time for certain internal procedures has been telescoped,” added Lt Gen Saini.

Mr Sanjay Jaju, Joint Secretary (DIP), Ministry of Defence said that R&D is not limited to DRDO and DPSU. Design and development will benefit the competitive private sector. Make 2, idex, Strategic Partnership are examples of these. “DPSUs are given a target of 5000 items to indigenize revenue items. They have released EOI to industry in the development of prototypes,” he said.

Mr Jaju said that with regards to the negative list, buy Indian or IDDM (Indian–Indigenously Designed, Developed and Manufactured), will not be affected. “But if any RFI/RFP is under global route, the industry should call attention to the relevant user,” he added.

Lt Gen SS Hasabnis, Deputy Chief of Army Staff (Planning & Systems), Indian Army, said, “Start-ups and small firms are acting as makers of change. They have the capability of playing a key role in the overall indigenizing process in the defence sector and thus reducing the import bill,” he added.

Lt Gen A Arun, DG PP, Indian Army, said that we must focus on technologies that will help us fight the war of tomorrow rather than products of the past.

Mr SP Shukla, Chairman, FICCI Defence and Aerospace Committee and Group President (Defence, Aero, Agri and Steel); Member of the Group Executive Board, Mahindra Group said that the ‘Make To’ policy gives a larger scope for Indian industries to look for business opportunity with the defence forces.

The booklet on ‘Army Make Projects 2020’ was also released during the webinar. (http://ficci.in/ArmyMakeProjects2020_Booklet.pdf)