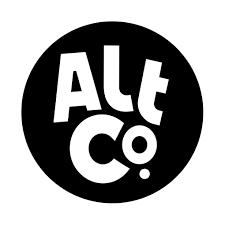 New Delhi: Planting the seeds for a healthier future – for the Planet and its citizens – green food major Alt Co., India’s leader in this niche domain, announced today it has raised north of US$1 million in funding in a round led by major investors from Singapore, the Middle East and India. With this injection of funds, the Bengaluru-headquartered sustainable plant-based alternative brand will be seeking to expand and grow its sales and product basket.

Included in Alt Co.’s expansion plans is the launch of categories of proprietary plant-based dairy alternatives-among them plant-based ice creams, yoghurts, hot chocolate and chocolate bars, and also plant-based eggs and plant-based nutrition. These plans chime in with the brand’s motto of Product First. Further, in the drive towards the greening of supermarket grocery shelves, it can now be said with some justification that the Plant-Based Universe is here, and Alt Co. stands proudly at the forefront of this Green Revolution.

In the lead-up to the funding round, Alt Co. had expanded its presence into new states, increased the number of retail touch points, and seen a rise in online sales. Now, alongside tying up with companies in the F&B space, the brand is working with the leading R&D minds in an attempt to become the foremost plant-based concern in the Asia Pacific/Middle East/Africa (APMEA) region. And with industry veterans soon to come on board as advisors, Alt Co. is looking to propel itself to the next level-an Indian brand rubbing shoulders with the best in the world in this particular ecosystem.

According to Basan Patil, Co-founder of Alt Co., “More and more of us are realising every day the importance of sticking to a healthy diet, a diet that takes nature as its inspiration. We at Alt Co. have been going out of our way to ensure that Indians have meal options that are animal-friendly and dairy-free, and have been incredibly heartened by the response to our products. This round of funding is another step towards the brand living up to our Green Aisle Philosophy, and gives people of all ages alternatives that are healthy, sustainable and, above all, delicious.“

Since being founded last year, Alt Co. has been tapping into the topical concerns people have over the lack of sustainability of their diets, based as they are on and around animal products and dairy foods. This Earth-friendly brand boasts nutrition-rich choices including plant-based oat milk-which is available offline and online – and has a long-term vision of reforming and transforming the way we eat, by advocating a vegan way of life for India.

Alt Co. was founded in 2021 by Basan Patil and Rithwik Ramesh to cater to the varied tastes of Indians without compromising on their lifestyles or culinary beliefs. The alt-dairy brand’s vision is to make available to Indians a green and sustainable way to health that eliminates cruelty to animals, by presenting a range of plant-based products that are premium and affordable at the same time, among them an Oat Milk, Alt Co.’s introductory offering. And, by asking consumers to follow conscious consumption, the founders are seeking to bring about a change in our diets, and the way we think about both our physical well-being and the health of the planet.