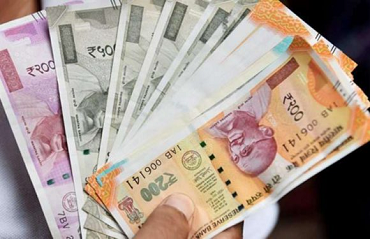 GST revenues have not only crossed the Rs. 1 lakh crore mark during successively for the last seven months but have also shown a steady increase. These are clear indicators of sustained economic recovery during this period. Closer monitoring against fake-billing, deep data analytics using data from multiple sources including GST, Income-tax and Customs IT systems and effective tax administration have also contributed to the steady increase in tax revenue. Quarterly return and monthly payment scheme has been successfully implemented bringing relief to the small taxpayers as they now file only one return every three months. Providing IT support to taxpayers in the form of pre-filled GSTR 2A and 3B returns and ramped up System capacity have also eased the return filing process.

During this month the government has settled Rs. 29,185 crore to CGST and Rs. 22,756 crore to SGST from IGST as regular settlement. The total revenue of Centre and the States after regular and ad-hoc settlements in the month of April’ 2021 is Rs. 57,022 crore for CGST and Rs. 58,377 crore for the SGST.

The chart below shows trends in monthly gross GST revenues during the October’20 to Mar’20 and April’2021.