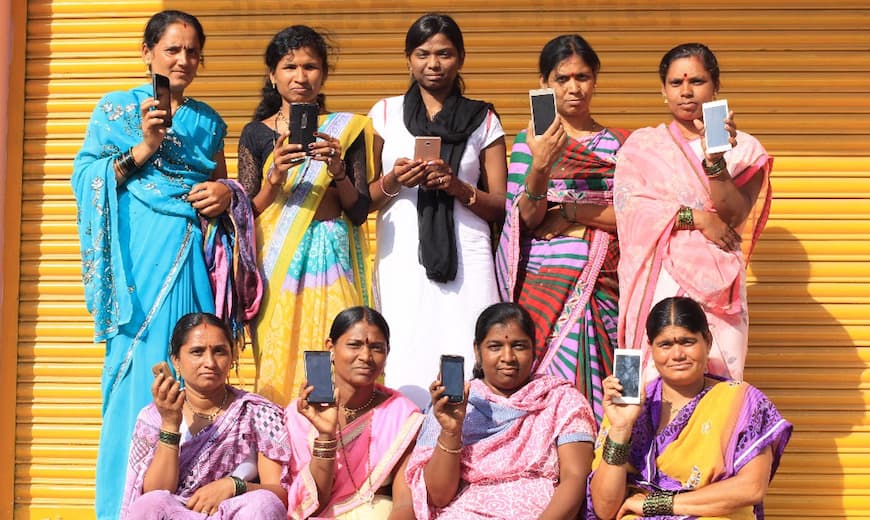 New Delhi: Haqdarshak, a social enterprise working on delivery of social protection at the last-mile using tech and an agent-based network, has announced the launch of the Yojana Card, amidst International Labour Day.

With an assisted-tech model, the company is aiming to tap feature phone users along with smartphone users through a well-defined distribution strategy which leverages its network of over 20,000 field agents, predominantly women, who earn an income for the service delivery.

The card will create a unique identification code for the user to help solve issues including unintended exclusion, grievance redressal, and documentation gaps while applying for schemes. The Yojana Card will primarily target low-income families, who earn less than INR 1000 per day, especially construction workers, factory workers, sanitation workers, gig economy workers, street vendors, and micro-businesses with a turnover of less than INR 10 lakh annually.

Speaking on the launch, Aniket Doegar, CEO & Co-founder of Haqdarshak, said, “The Yojana Card is a single channel for welfare-schemes eligibility and will eventually be linked to a bank. It will be a game-changing product in solving access problems for social protection. With this launch we aim to target the 500 million informal workers and micro businesses under an active social protection net. The launch is also a new phase of growth for Haqdarshak after six years of proving the concept and reaching over 20 lakh families across 24 states in the country.”

The company is in talks with leading banks and financial institutions to launch customized and advanced versions of the card. Further, it will soon announce exciting partnerships with corporates for launching co-branded cards for critical stakeholders in their value chain.

Over the next two months, the card will be available at select Haqdarshak Yojana Kendras – the company’s brick and mortar set ups for walk-in services for accessing welfare. The company’s cadre of women Haqdarshaks will also be leveraged for customer acquisition.

“The Yojana Card is a platform which encourages collaboration among multiple stakeholders – governments, banks, corporates and CSRs, fintechs, last-mile distribution networks – all of whom are focusing on serving the end beneficiaries but in their own different way,” said Savita Muley, Chief Product Officer, Haqdarshak.

Only 40 percent of Indians are able to apply for govt. services and goods that they need, studies have shown. Unawareness about eligibility, long, confusing application processes and gaps in basic documentation and KYC keep most eligible beneficiaries away from social protection. The Yojana Card will primarily solve this problem and help scale the company’s impact and reach.

Haqdarshak has impacted more than 2.04 million Indians by unlocking welfare benefits worth INR 4000 crore with a team of 450+ members spread across 24 states and 10 Yojana Kendras. Haqdarshak is backed by marquee investors like Deepak Mehta’s Family Office, 3i Partners, Beyond Capital Fund, Upaya Social Ventures, and Acumen.

HQ is a for-profit social enterprise providing assisted-tech services for doorstep delivery of welfare entitlements for individuals and businesses. They leverage a network of field support agents who use their tech platform for welfare services linkages. They are building the systems to support a next-gen welfare delivery service at the last mile. With technology being leveraged by a trained support agent, their model is designed to scale and empower.

Published in MSME News and Policies