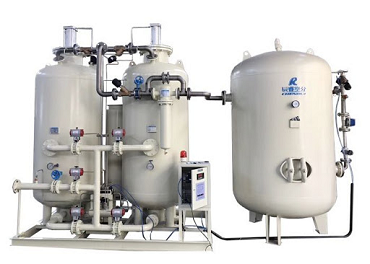 HCL announced that it has provided 17 ready-to-use oxygen plants to the Govt. of Delhi. These plants have been imported from France and are now deployed across seven hospitals in the city. The total combined capacity of the 17 plants is 7300 liters per minute (LPM). The plants were inaugurated in a virtual ceremony, in the presence of Shri Arvind Kejriwal, Chief Minister of Delhi, Shri Satyendar Jain, State Health Minister, and Ms. Roshni Nadar Malhotra, Chairperson of HCL Technologi

Mr. Kejriwal said the people of Delhi as well as doctors, nurses, paramedic staff and sanitation workers fought with discipline and hard work to control the latest surge. “I know of many doctors who did not go back to their homes for days. I want to thank them on behalf of the people of Delhi. The latest wave was very fatal,” he added.

The Delhi government is preparing to tackle a possible “third wave” and is setting up necessary infrastructure to ensure sufficient oxygen supply, he said.

“We are now at risk of a third wave. We are receiving indications that the U.K. has already started experiencing the third wave and the cases are rising rapidly even though 45% of the people are already vaccinated there. So, we also have to be fully prepared for the same. Your government is committed to preparing with full conviction,” the CM added.

“I want to thank the industries for their support during this pandemic, especially Roshni Nadar Malhotra, chairperson of HCL Technologies,, who agreed to provide 6,000 cylinders at my single phone call,” Mr. Kejriwal said

The CM added that six oxygen plants had already been started by the Centre and seven plants were going to begin soon. “The pandemic cannot be fought alone and I thank the Central government for supporting the Delhi government,” he said.

Another 17 plants will be installed by July, the CM said, adding that the government was also procuring oxygen tankers to mitigate the impact of the third wave.

“We cannot do away with our responsibilities of managing the third wave. Your government is working on war footing. A few days ago, I inaugurated oxygen storage tanks, because even if we procure oxygen from outside Delhi, we do not have the capacity to store the oxygen,” he said. “I am very happy to be inaugurating the 22 oxygen plants. This is a huge development. A total of 27 PSA plants have been started in Delhi,” he further said.

The 17 plants are part of the total 21 ready-to-use Oxygen plants that HCL has committed to provide to the State Govt. The remaining four plants have also arrived in Delhi and will be installed over the next few days. These plants are aimed at ensuring oxygen support to COVID-19 patients across various hospitals in the capital as well as enabling the Govt. of Delhi to be adequately prepared for a possible third wave of the pandemic.

The details of the hospitals, number of plants delivered and their capacity is mentioned below: