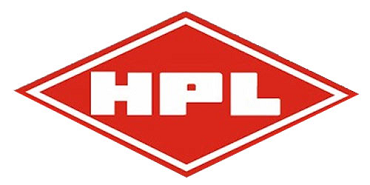 Noida, India, June 28th, 2021 – HPL Electric and Power Ltd (NSE Symbol: HPL, BSE Scrip Code: 540136), has reported Strong Performance in Q4 FY21 led by robust growth in the Metering and Consumer segment (B2C). The Metering business has witnessed an improved performance in Q4FY21 than the previous three quarters due to increased inspections and dispatches. The Metering business clocked the revenue of ₹ 142 crores in Q4FY21, thereby registering a growth of 93% YoY and 29% QoQ. The company also reported that The ‘Consumer’ segment (including non-utility meters) witnessed strong traction and posted a robust 20% YoY growth in revenues to ₹ 166 crores in Q4 FY21.

HPL reported that rationalisation of employee expenses and overheads helped the company to report an EBITDA of ₹ 44 crores (EBITDA Margin of 14.2%) in Q4 FY21, while Cash PAT grew exponentially by 117% YoY to ₹ 26 crores. Additionally, Exports grew at a robust pace of 174% YoY in Q4 FY21 and 69% YoY in FY21, respectively

Mr. Gautam Seth, Joint Managing Director, said, “The performance during the Q4FY21 was attributed by the robust performance of both the metering (B2B) and the consumer (B2C) segment thereby resulting in highest ever quarterly revenue during the last eight quarters at ₹ 308 Crores. The metering segment improved performance was accredited to an increase in inspections and dispatches. Currently, we have a strong order book of ₹ 704 Crores ensuring revenue visibility for the current year despite the lockdown in Q1FY22 which have caused few disruptions. We are extremely delighted to share that we have received approval and production clearance from a leading Private Distribution Company for the implementation of 4G and 5G compatible Narrow Band-Internet of Things (NB-IoT) based Smart Meters in various parts of Delhi.”

“The robust growth in the consumer segment was driven by healthy double-digit growth in the ‘Lighting’ and ‘Wires and Cables’ categories, which surged by 31% & 99% YoY, respectively. Additionally, the recent order wins of over ₹372 Crores for switchgear, wires and other related accessories enhancing our position as one of the leading Electrical equipment manufacturers in the country. We have a diversified portfolio of electrical equipment catering to various needs of the market and are confident about the long-term growth trajectory of the Consumer segment fuelled by a pick-up in the economic activity, improved consumer sentiments and increased government funding.”

“We are currently catering to 45 countries for exports.HPL’s testing lab for LED lighting was certified by National Accreditation Board for Testing and Calibration Laboratories (NABL) for independent testing of LED lighting. Our LV switchgear testing laboratory in Jabli, Himachal Pradesh accredited with IECEE certification for independent testing of MCB & RCCB for KEMA and CB certification from DEKRA, Netherlands. These certifications enable HPL access to the new 53 countries”.

“Our various cost rationalisation initiatives and implementation of lean methodology have helped us to boost the EBITDA margins. Looking beyond the short-term challenges in the metering segment, we are extremely positive about the opportunities in the smart metering space as both the public and private power distribution companies increasingly shift focus towards installing smart meters to replace conventional meters. Overall, the Company is confident of overcoming near-term challenges and create sustainable value for its stakeholder.”