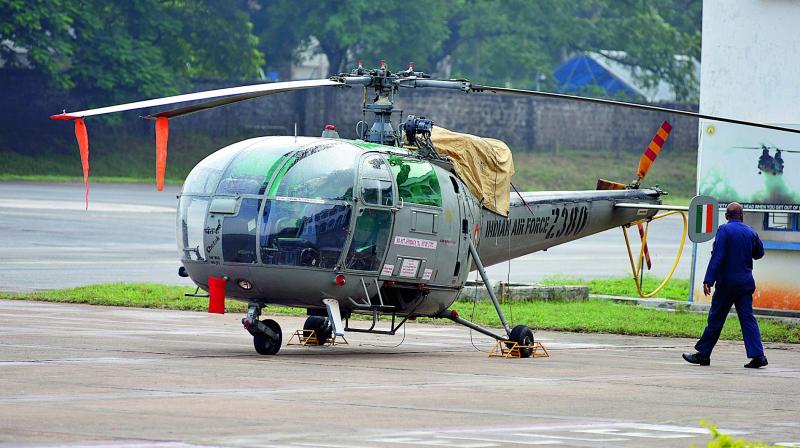 On the occasion, Hon’ble Raksha Mantri released a Special Cover, a Coffee Table Book and a Commemorative Movie on Chetak Helicopters.

During his keynote address, the Hon’ble RM highlighted the stellar performance of the Chetak helicopter, both during peace and in conflict, in the past six decades, as also its contributions to foster the spirit of integration and jointmanship. He also acknowledged the immense contribution of all those involved in keeping the machine flying successfully, especially HAL, which has been the flag-bearer for ‘Aatmanirbharta’ by manufacturing this machine under licence since 1965. He brought out how HAL built up cutting edge helicopters design, development and production capabilities based on this experience.

The Chief of the Air Staff, during his inaugural address, acknowledged the immense contributions by the Chetak in all conflicts since its induction in 1962, as well as its peacetime effort all across the country, including the Siachen glacier.

The Hon’ble RM witnessed the photo exhibition showcasing sixty years of glorious service of Chetak helicopter and interacted with Armed Forces veterans and other dignitaries who were present at the Conclave.

Celebrating the event, a remarkable fly-past by 26 aircraft including Chetaks, Pilatus, Kirans, Hawks, Advanced Light Helicopters and a Light Combat Helicopters was an eye catcher for everyone. The finale was a diamond formation fly past by eight Chetak helicopters, the machine which continues to render yeomen service across the length and breadth of the country. This magnificent machine still operates across all the terrains and is the basic training helicopter for pilots of the three Services.