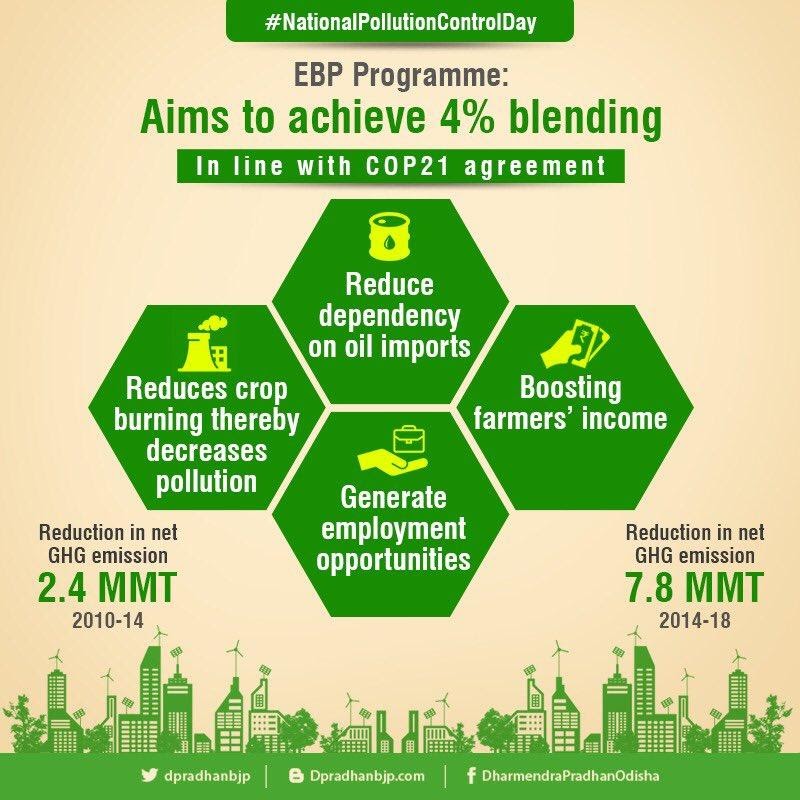 India has achieved the target of 10 percent ethanol blending, 5 months ahead of schedule

New Delhi: Government of India, with the aim to enhance India’s energy security, reduce import dependency on fuel, save foreign exchange, address environmental issues and give a boost to domestic agriculture sector, has been promoting the Ethanol Blended Petrol (EBP) Programme. The ‘National Policy on Biofuels’ notified by the Government in 2018 envisaged an indicative target of 20% ethanol blending in petrol by year 2030. However, considering the encouraging performance, due to various interventions made by the Government since 2014, the target of 20% ethanol blending was advanced from 2030 to 2025-26.

A “Roadmap for Ethanol Blending in India 2020-25” was also released by the Hon’ble Prime Minister in June, 2021 which lays out a detailed pathway for achieving 20% ethanol blending. This roadmap also mentioned an intermediate milestone of 10% blending to be achieved by November, 2022.

However, due to the coordinated efforts of the Public Sector Oil Marketing Companies (OMCs) the target of 10% blending under the programme has been achieved much ahead of the targeted timelines of November, 2022 wherein the Public Sector OMCs have attained an average 10% ethanol blending in petrol across the country.

With all the initiatives taken by the Government, the EBP Programme is on track to achieve the target of 20% blending by 2025-26.