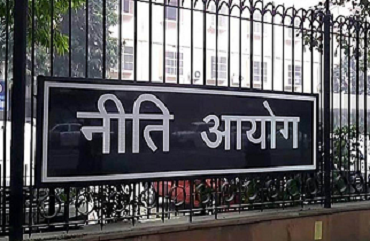 By Business Dunia Bureau
New Delhi.:  Innovation has been at the forefront of our battle against the unprecedented crisis created by the pandemic, and will be pivotal in driving the country’s resilience and self-reliance, as enshrined in the Prime Ministers’ clarion call on AtmaNirbhar Bharat. lndia has been on a rising trajectory, over the past several years in the Global Innovation Index (GII), from a rank of 81 in 2015 to 46in 2021.

The NITI Aayog has been working tirelessly to ensure the optimization of the national efforts for bringing policy led innovation in different areas such as electric vehicles, biotechnology, nano technology, space, alternative energy sources, etc. The India Innovation Index, the latest edition of which was released last year by the NITI Aayog, has been widely accepted as a major step in the direction of decentralization of innovation across all the states of India. A constant thrust in monitoring and evaluating India’s position in the global rankings has been provided by the NITI Aayog, including in the GII.

As we progress further towards saving lives and livelihoods and shaping the national economic growth trajectory, the GII-2021 will be a significant reference point for all the countries to assess their innovation capabilities and readiness, which will go a long way in boosting economic recovery.

The GII is the fulcrum for the governments – across the world – to assess the social and the  economic changes in their respective countries. Over the years, the GII has established itself as a policy tool for various governments and helped them to reflect upon the existing status quo.

The Confederation of Indian Industry (CII) has also been leading from the front as a torchbearer of lndia’s journey towards an innovation driven economy. This year, the NITI Aayog, in partnership with the CII and the World Intellectual Property Organisation (WIPO), is hosting, virtually, the India Launch of the GII and the Global Innovation Conclave during September 21-22,2021.