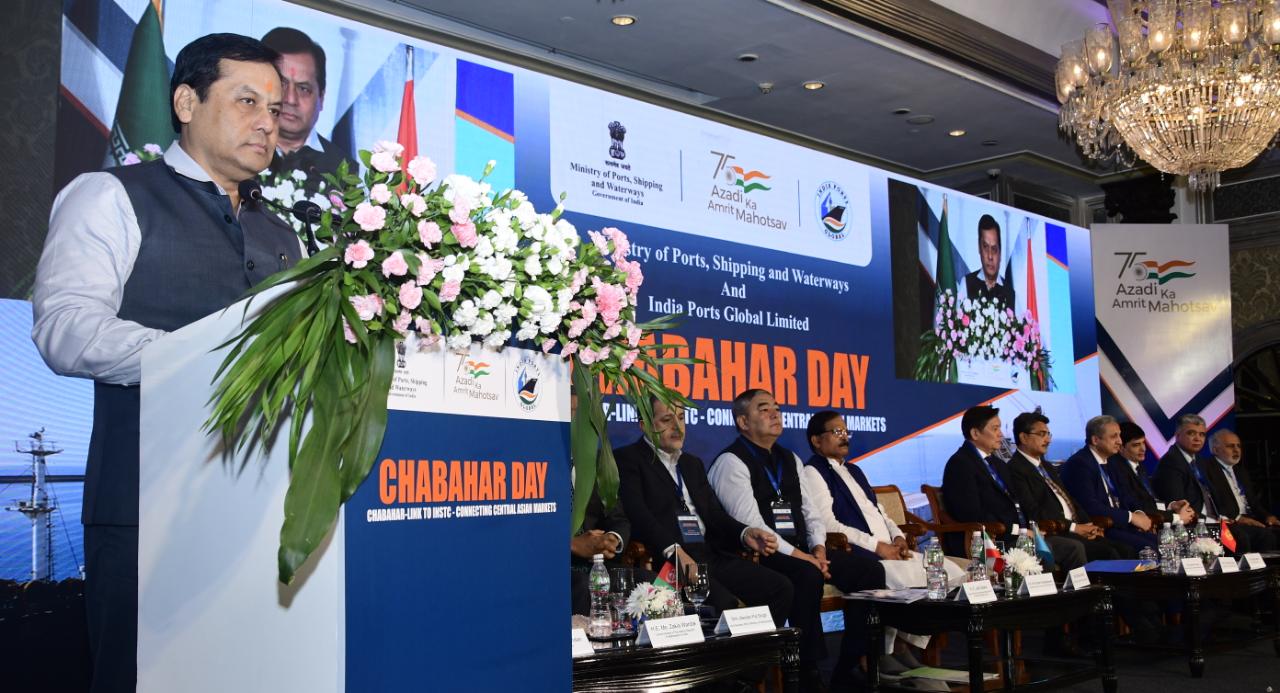 Our vision is to make Chabahar Port a transit hub under INSTC to reach out to CIS countries: Shri Sarbananda Sonowal

Mumbai: The Union Minister of Ports, Shipping & Waterways, and Ayush, Sarbananda Sonowal affirmed India’s commitment to unlocking the trade potential with the Central Asian region through the use of Chabahar Port in Iran.  On the occasion of ‘Chabahar Day’, Union Ports, Shipping & Waterways Ministry along with the Indian Ports Global Ltd. (IPGL) which was formed to participate in Shahid Beheshti Port at Chabahar development project, organized a conference in Mumbai today, where the Union Minister Shri Sonowal and the Minister of State for Ports, Shipping and Waterways and Tourism Shri Shripad Yesso Naik interacted with the high-level diplomatic delegation from Central Asian Countries. Shri Sonowal also said, “Our vision is to make Chabahar Port a transit hub under the International North-South Transport Corridor (INSTC) to reach out to CIS countries”.

“Chabahar Day” is celebrated to mark the beginning of INSTC – an Indian vision to economize the movement of cargo between India and Central Asia. The Chabahar Port located in Iran is the commercial transit center for the region and especially Central Asia. 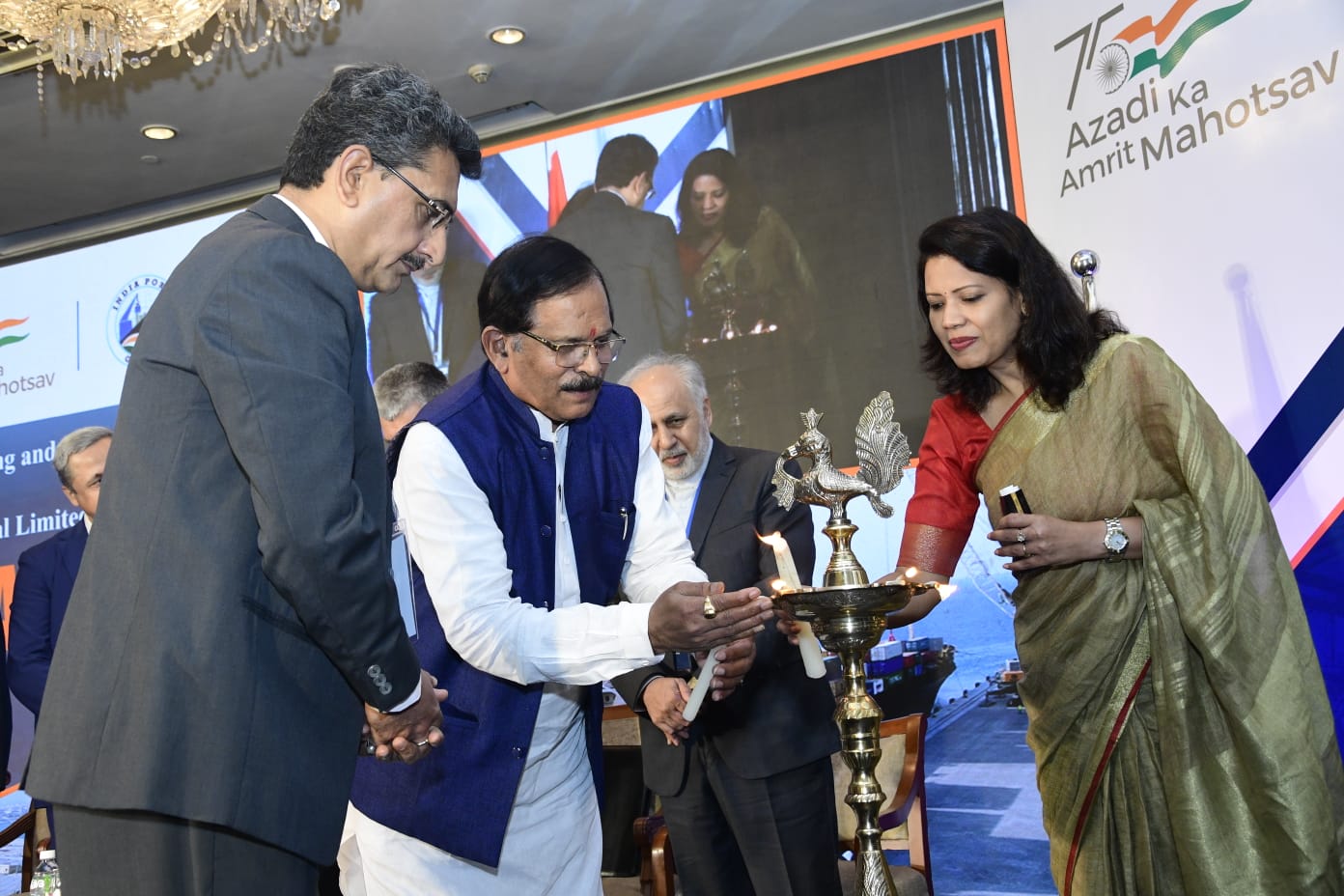 Speaking at the event, the Union Ports, Shipping, and Waterways Minister said, “The idea of INSTC via the vibrant Shahid Beheshti Port at Chabahar in Iran is an idea to connect the two markets using a multi-modal logistical corridor”. This will rationalize our logistics cost which will contribute to the trade volume between the two regions, he said. Thanking all the stakeholders who have shown active support for the development of the Chabahar Port, he said, through combined efforts, a point of connectivity enhancing trade and commerce among India and Central Asian countries have been successfully developed.

Shri Sonowal further said Chabahar Port links the rich Central Asian region with the South Asian markets. It has emerged as significant for trade, economic collaborations, and connecting people between the two geographies. Owing to the potential of the Central Asian markets, the India-led connectivity has provided secure and commercially viable access to the Indian Ocean region for Central Asian countries. This link will not only provide connectivity but also drive investments further supporting our cultural and political ties, he added.  It will additionally develop the transit and transport potential of the Central Asian Region and improve their logistic network, he added.  Chabahar Port will lead to promoting a joint initiative to create a regional and international transport corridor over there, said the Minister. Further, the aim is to develop universally recognized international norms, good governance, rule of law, and equality at Chabahar Port said the Minister.

Shri Sonowal also said that the loading and unloading capacity of the Shahid Beheshti Port at Chabhar which today stands at 8.5 million tonnes, will be enhanced to 15 million tonnes on completion of Phase I of the project.

Welcoming the Central Asian countries to use the services of Shahid Beheshti Port for facilitating their trade with India and other external markets, Shri Sonowal urged all stakeholders to provide suggestions on promoting the Chabahar INSTC Link to further reduce the transportation time, open a shorter, faster and more reliable route from India to Central Asia and increase the feasibility of hassle-free trade between the two regions. “I would like to take this opportunity to request all of you to take this message ahead to make your business community aware of the opportunity and potential that this route may unlock”, said Shri Sonowal.

MoS Shri Shripad Yesso Naik said that, in the coming years, developments in the Shahid Beheshti Port will support the faster growth of business and raise standards of living in the region. This infrastructural linkage would lead to the expansion of trade and investment prospects in the region, he added. “This trade meet will have to create opportunities through Shahid Beheshti Port and help it grow more in the maritime sector”, Shri Naik stated at the conference. 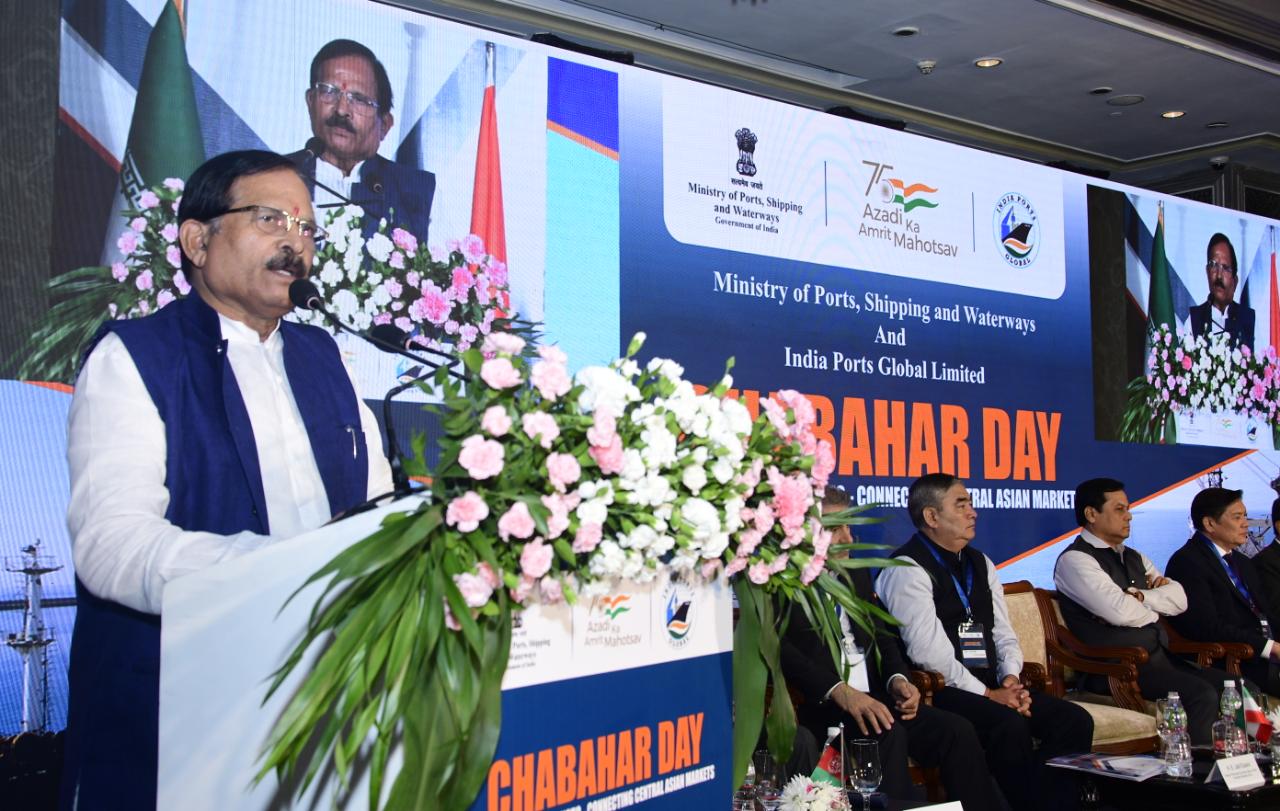 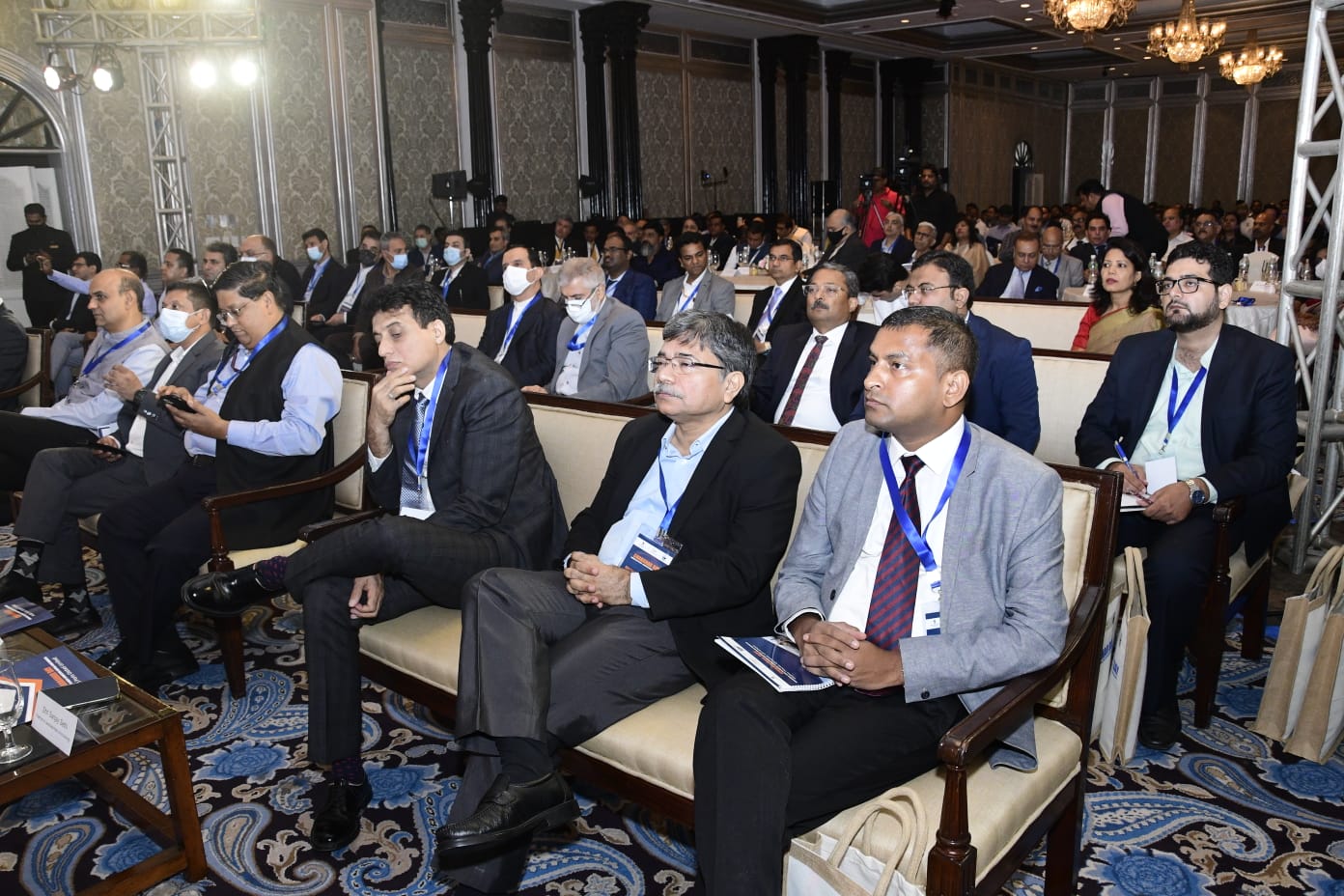 During the event, the delegates from the Central Asian countries highlighted how Chabahar’s link with INSTC can play a vital role in boosting EXIM trade in their regions and its potential to further boost development in the landlocked countries. During the day-long event, several presentations & Govt to business sessions took place. Presentations & speeches were given by Chairman IPA, MD IPGL, FFFAI & Joint Secretary, Ministry of External Affairs, Govt of India.