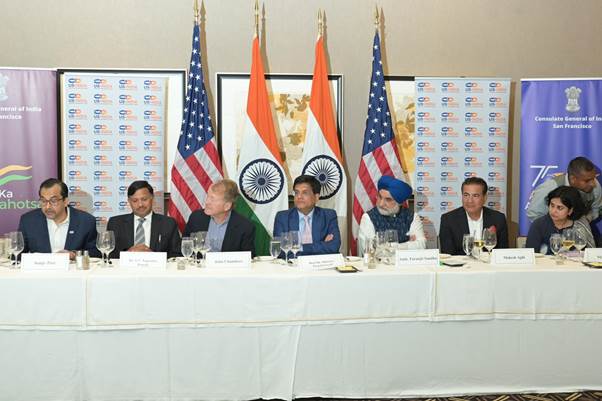 San Francisco: The Union Minister of Commerce and Industry, Consumer Affairs, Food and Public Distribution and Textiles, Shri Piyush Goyal today expressed confidence that the ‘Partnership of Trust’ between India-US, resting on three pillars of Trade, Tech, and Talent is going ahead from strength to strength.  He said this while interacting with the Media in San Francisco.

Briefing the Media, the Minister informed that he interacted with eminent business professionals, CEOs, senior captains of industry, start up ecosystems, venture capitalists etc. During the Meeting they shared their experiences of working with India and gave suggestions and new ideas on furthering India’s US engagements, in terms of the increasing the flow of investment into India and the creation of Jobs in India, Minister added. Shri Goyal expressed happiness noting the phenomenal enthusiasm among them to work with India.

The Minister began his day with paying tributes to Mahatma Gandhi at San Francisco. He thereafter visited Gadar Memorial Hall. Later in the day, He also launched the Institute of Chartered Accountants of India (ICAI) in 6 regions in the United States.

Shri Piyush Goyal interacted with the leadership of GITPRO (Global Indian Technology Professionals Associations)  and FIIDS (Foundation for India and Indian Diaspora Studies) in San Francisco. Shri Goyal called upon the tech- community to endorse the ‘India Story’ and make India a preferred investment destination.  Urging them to be a part of the Growth Story of India, Shri Goyal invited them to invest and set up operations in India.

The Union Minister is on a foreign visit to San Francisco and Los Angeles in the United States of America from 5th to 10th September 2022 to attend the India-US Strategic Partnership Forum conference and Indo-Pacific Economic Framework (IPEF) Ministerial meeting. 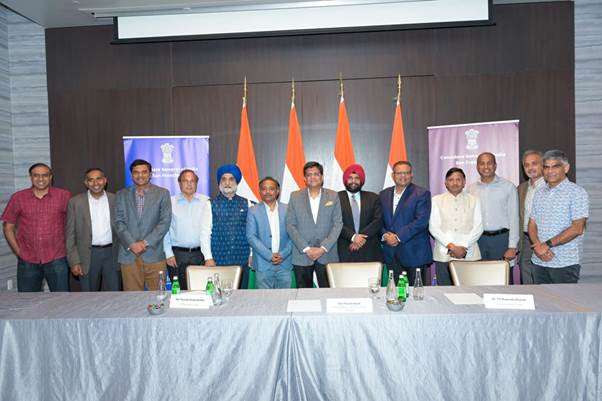