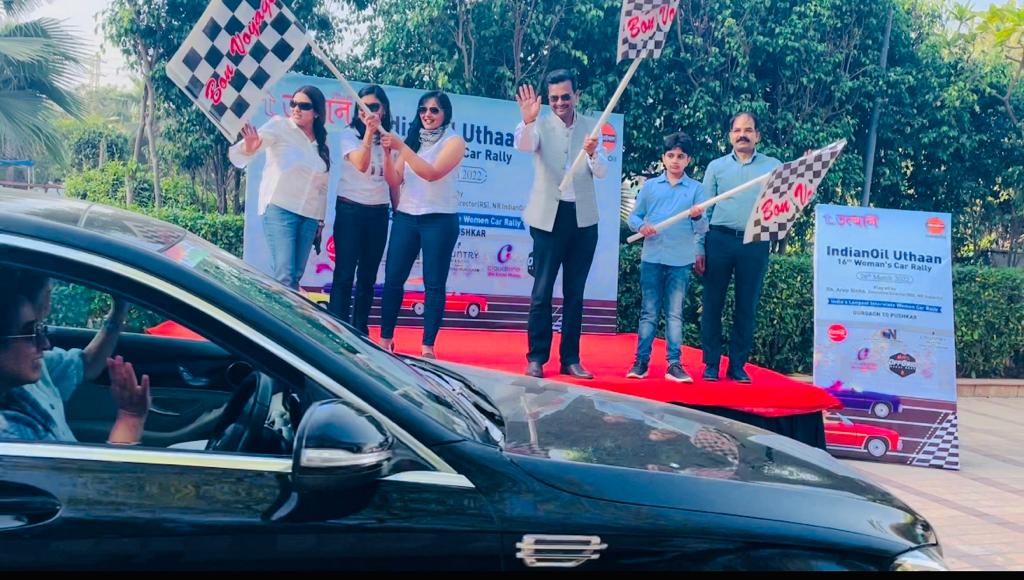 New Delhi: Shree.Arup Sinha, Executive Director (Regional Services), Northern Region, IndianOil flagged off Interstate women car rally from Gurgaon to Pushkar in the presence of last year winners.  The IndianOil Uthaan Women’s Car Rally was organized by Uthaan, a Gurgaon based NGO in association with IndianOil. The longest interstate car rally started from Gurgaon and completed at Pushkar, Rajasthan covering over 400 Kms.  More than 80 teams, comprising women from various walks of life in different age groups enthusiastically participated in the car rally. The rally was organized of Time Distance and Speed (TDS) format by observing traffic rule and safe driving.

Mr Sinha in his inaugural address congratulated all women participants. He was delighted in witnessing the concept of independent woman which means having the ability to do the things that she wants to do, which signifies the symbol of equality and thus the development.  In the modern India, women are breaking all stereotypes and excelling in every sphere of life, which once was considered as male domain.

The enthusiasm of the event was such that some of the participants came all the way from Dubai, Mumbai, Kolkata, Himachal Pradesh and other distant areas of the Country.  Some of the teams have decorated their vehicle beautifully and also displayed various slogans on positive constructive role played by women in creating a better world.