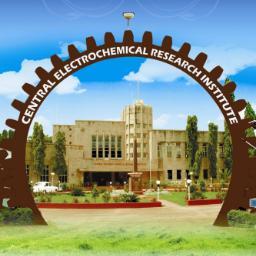 Dr. Shekhar C Mande, Former Secretary DSIR and Former Director General, CSIR, said, “CSIR is a treasure of knowledge covering all facets of science. CSIR is contributing a lot to Space, Defence, Nuclear, and other societal applications. Partnering with GODI India marks a new chapter in the development of advanced Lithium-ion cells with regard to the next generation of energy storage applications. We have taken a step further to provide a fruitful contribution to the ultimate benefit of the country under ‘Atmanirbhar Bharat‘.”

Dr. N Kalaiselvi, Director, CECRI, said, “It is a glorious occasion for India in the area of energy storage for manufacturing Lithium-ion cells initiated by CECRI in partnership with GODI India Private Limited in presence of Dr. Shekhar Mande, Former Secretary DSIR and Former Director General – CSIR in a function held at CSIR-CECRI’s Chennai Centre at Taramani.”

Commenting on this partnership, Mr. Mahesh Godi, Founder and CEO, GODI India, said, “This partnership is just the beginning of the development of next-generation cells for mobility, ESS applications, and new R&D projects. GODI India will operate and maintain the facility to manufacture advanced Lithium-ion cells and cater to various applications ranging from e-mobility to large-scale energy storage systems. This partnership signifies our credibility and testimony of technology strength in Lithium-ion cell manufacturing.”

Sharing details about the Lithium-ion market, Mr. Mahesh said, “Currently, all the Lithium-ion cells are being imported mostly from China and South Korea. GODI India is the first Indian company to manufacture Made-in-India & Made-for-India Lithium-ion cells, which are certified by BIS (Bureau of Indian Standards), tested, and qualified by TUV, the third-party testing agency. With this, GODI India can manufacture and sell the cells at par with the standard cells available in the world market.”

GODI India is an innovative cell manufacturer focusing on research and development (R&D), Giga scale Manufacturing (Indigenous Gigafactory), and Recycling of sustainable green energy storage technology. GODI India is a signatory to The Climate Pledge and it is determined to accomplish a zero-carbon footprint by promoting and adopting environmentally friendly and complaisant technologies in the fastest and safest possible way. The company is committed to ethical and humane sourcing of material along with minimal impact on the environment.