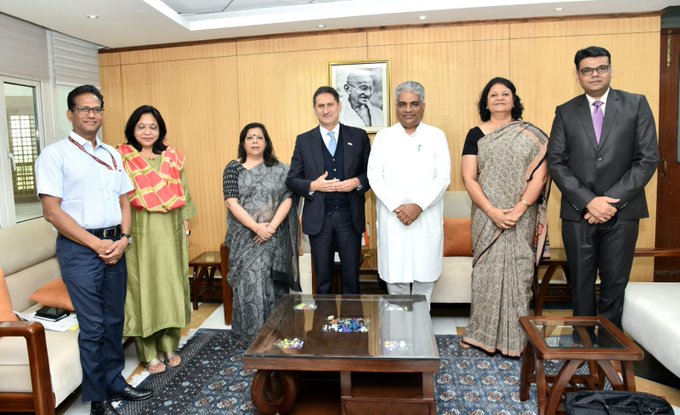 India’s Presidency of G-20 a golden opportunity for both India and IRENA on how RE can accelerate industry transition of hard to abate sectors without compromising the development aspirations of developing countries, leaving no one behind: Shri Bhupender Yadav

Given IRENA’s huge global experiences on Renewable Energy, especially on Solar Energy, the Minister stated that IRENA can play a very vital role in India’s efforts towards attainment of enhanced climate goals announced by our Hon’ble Prime Minister at COP 26.

Shri Yadav emphasised that India’s Presidency of G-20 is a golden opportunity for both India and IRENA on how Renewable Energy can accelerate Industry Transition of hard to abate sectors, but without compromising the development aspirations of the developing countries and leaving no one behind.

The Union Environment Minister underlined that we may also look beyond G-20 and the existing arrangements while strengthening engagement between IRENA and India.  IRENA may also explore how it can also be part of CDRI and LeadIT, which are spearheaded by India.

Both sides also discussed the importance of providing means of implementation including finance, technology transfer and capacity building support for achieving enhanced climate goals by the developing countries like India.