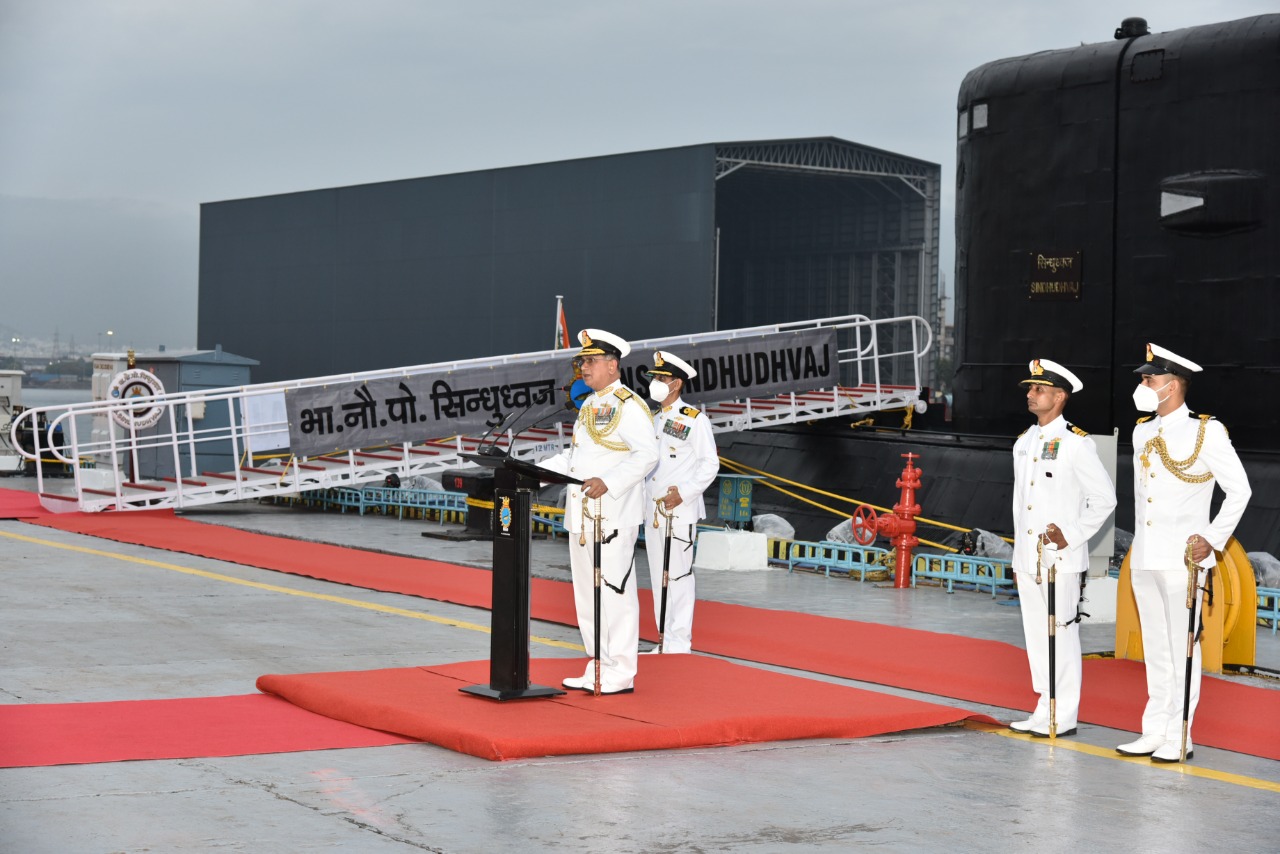 New Delhi: INS Sindhudhvaj bid adieu to the Indian Navy on Saturday, 16 Jul 2022, serving for a glorious period of 35 years. Vice Adm Biswajit Dasgupta Flag Officer Commanding-in-Chief, Eastern Naval Command was the Chief Guest for the ceremony. The Decommissioning event was attended by 15 of the former Commanding Officers including Cmde SP Singh (Retd), the Commissioning CO and 26 Commissioning crew veterans.

The submarine crest depicts a gray colour nurse shark and the name means flag bearer at sea. Sindhudhvaj, as the name suggests, was the flag bearer of indigenization and the Indian Navy’s efforts towards achieving Atmanirbharta in the Russian-built Sindhughosh class submarines throughout her journey in the navy. She had many a firsts to her credit including operationalisation of the indigenised sonar USHUS, Indigenised Satellite Communication systems Rukmani and MSS, Inertial Navigation System and Indigenised Torpedo Fire Control System.

She also successfully undertook mating and personnel transfer with Deep Submergence Rescue Vessel and was the only submarine to be awarded the CNS Rolling trophy for Innovation by the Honourable Prime Minister Mr. Narendra Modi.

The traditional ceremony was conducted at sunset, with an overcast sky adding to the solemnity of the occasion when the Decommissioning Pennant was lowered and the submarine was paid off after a glorious patrol of 35 Years. 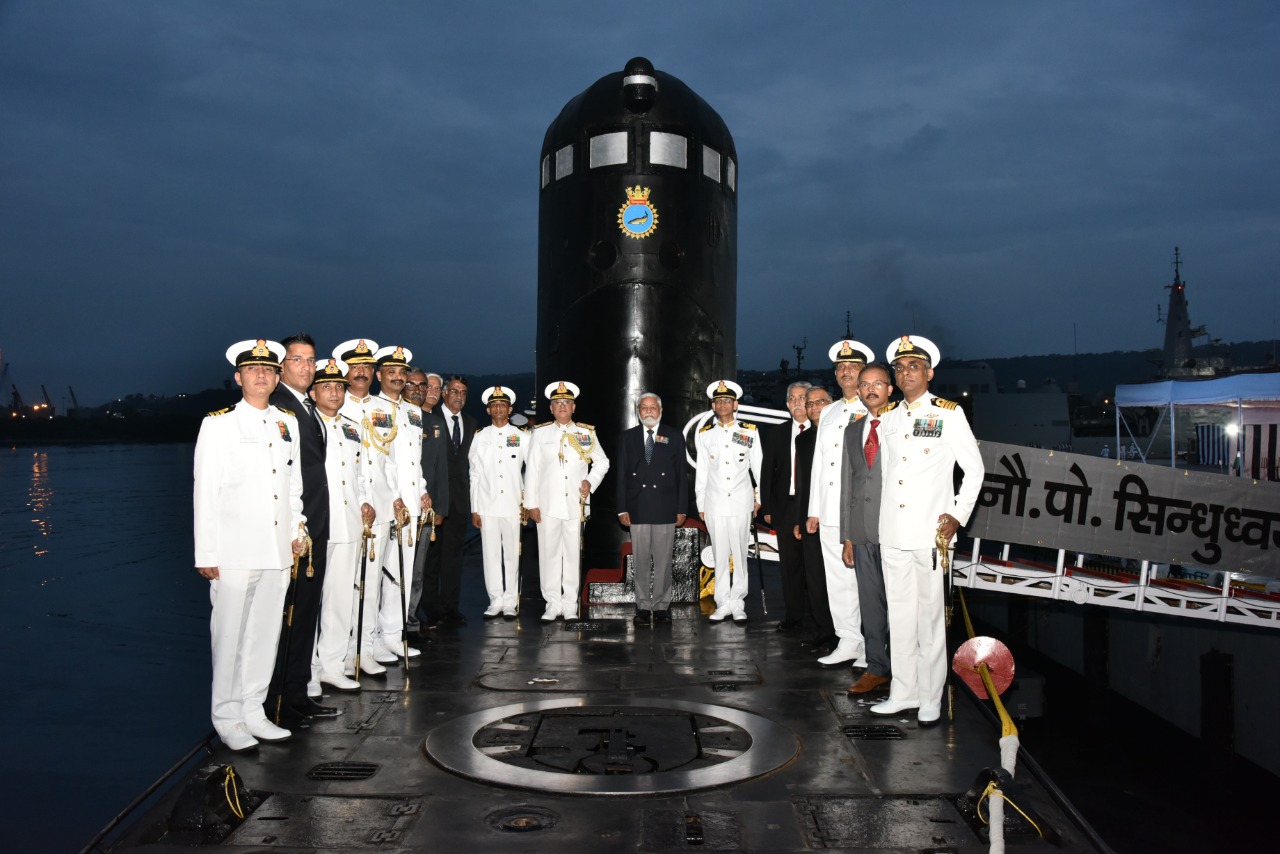