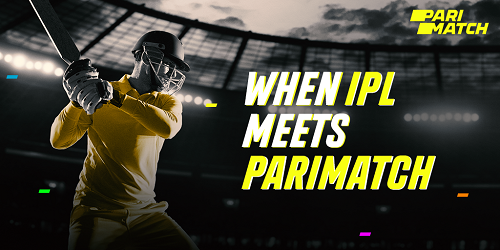 New Delhi: With the start of the IPL 2022 just days away, online betting major Parimatch, with support of PMI – a service company engaged in the development and implementation of the expansion strategy for the Parimatch brand, has lined up contests in which users can walk away with exciting prizes. Baazi Jeet Ki asks contestants to guess the winner of the battle of the big bloggers, choose a strong card and beat a random opponent, and share that one cricket wish they wish to see come true.

If a user guesses correctly in Baazi Bloggers Ki – after selecting a challenge from an option of five battles – they can win an iPhone 13, and if they pick the strongest card and defeat their opponent in Baazi Cricket Ki (in which they have three chances to win), their reward will be a OnePlus Nord CE 5G smartphone. And besides, three lucky contestants will get to see their cricket dreams brought to life in Baazi Sapno Ki.

To take part, a user must be 18 years or above and must have registered on the Parimatch app with their name and number. Users also need to follow Parimatch on its Instagram page (@parimatch.india) to stay in touch with the action. Baazi Jeet Ki will continue for the duration of the IPL, with winners announced at the end of each contest.*

“Parimatch is offering a chance to watch your biggest cricketing dream come true – fast-bowling legend Dale Steyn will choose three wishes and the Parimatch team will turn them into reality. If you take a screenshot of your wish on the virtual billboard, post it as an Instagram story – and tag @parimatch.india – you can increases your chances of winning!” shared Dmitry Belianin, Chief Marketing Officer, PMI,the parent company of the Parimatch International – on the Baazi Sapno Ki contest. “And real billboards with cricket fans’ wishes will appear all over India so that they can share their joy with the whole country,” he added.(Baazi Jeet Ki gets under way in April and will continue until June, with winners announced at the end of each contest of each quizzes.) Different campaigns from Parimatch will continue throughout the all IPL period.

Parimatch is the world-leading betting company founded in 1994 which employs a digital-focused strategy to meet all the challenges of todays reality. The company has come a long way and is continuously developing and improving the quality of its customer experience, which is enjoyed by over 2.6 million users across Africa, Asia, Europe, and Latin America. Parimatchs team of champions includes such stars as Conor McGregor, the living legend of boxing Mike Tyson and Dale Willem Steyn, one of the greatest bowlers of all time. It also includes partnerships with one of the most famous football leagues in the world, such as LaLiga, as well as with the biggest teams in the world: Chelsea, Juventus, Leicester City and Everton.

PMI is a service company, engaged in the development and implementation of the expansion strategy for the Parimatch brand in the markets of Africa, Asia, Europe, and Latin America. The company provides the tech, marketing, and communications services for partners in the betting industry. Innovations, new technologies, and the desire to provide the best gaming experience for the customers are what drives PMI forward.