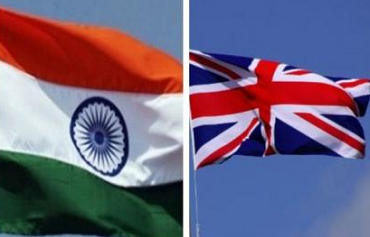 By Business Dunia Bureau
New Delhi. :  India and the UK held the inaugural meeting of the India-UK Financial Markets Dialogue (‘the Dialogue’)virtually on late evening yesterday. The Dialogue was established at the 10thEconomic and Financial Dialogue (EFD)in October 2020 to deepen bilateral ties in the financial sector.Financial Cooperation is one of the key pillars of the 2030 Roadmap adopted by the two countries during the recent meeting of the two Prime Ministers and the India-UK Financial Market Dialogue is one of the key elements of this Financial Cooperation.As two services driven economies, both sides agreed there is significant scope for strengthened financial servicescooperation between India and the UK.

The Dialogue was led by senior officials from the Indian Ministry of Finance and HM Treasury, with participation from Indian and UK independent regulatory agencies, including the Reserve Bank of India, the Securities and Exchange Board of India, International Financial Services Centre Authority, Insurance Regulatory and Development Authority of India, the Bank of England, and the Financial Conduct Authority. Indian and UK participants shared views on issues in their respective areas of responsibility.

At the meeting, Indian and UK participants discussed progress on the UK-IndiaGIFT City Strategic Partnership.Both sides agreed on areas for further collaboration, including sustainable finance and FinTech,with the aim of supporting increased UK industry presence in the centre.

Participants provided updates on their respective banking and payments landscapes, with a view to increase cross-border activity in this area. The Bank of England discussed its work on cyber resilience. Both sides also recognised the key role the banking sector has played in maintaining stability during the Covid-19 pandemic.

Participants discussed matters relating to the insurance sector,including domestic updates on the impact of Covid-19, opportunities to encourage increased UKinvestment in the Indian market, and the UK Solvency II Call for Evidence.

Participants also took stock ofcapital markets cooperation. The UK outlined progress on regulatory reforms, including through the Wholesale Markets Review and the Lord Hill Listings Review. There was also a productive discussion on opportunities for increased cross-border activity, including an update from India on implementation of the direct listings policy.

Both sides agreed to continue to engage bilaterally on these areas in the coming months, in the run up to the next EFD and the beginning of negotiations for a future India-UK FTA, both expected to take place later this year.

Participants then welcomed leaders of the India-UK Financial Partnership (IUKFP), noting the significant progress achieved since the last EFD in contributing to policy development, particularly the Partnership’s efforts towards promoting greater links between GIFT City and the UK financial services ecosystem. Both sides look forward to formally collaborating with the Partnership’s FinTechworkstream at the next UK-India FinTech Joint Working Group meeting and to the launch of policy papers on GIFT City, FinTech and cross-border trade and investment at the next EFD and beyond.