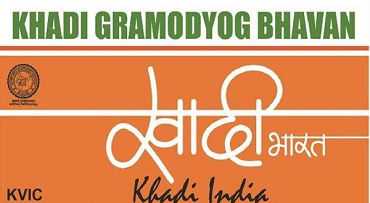 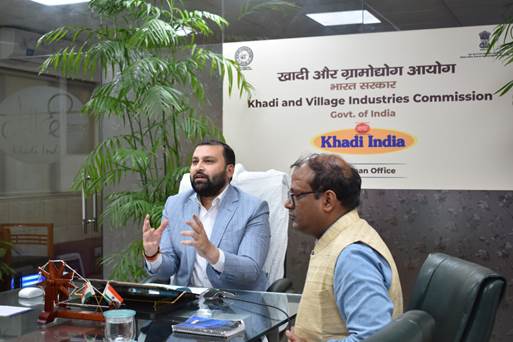 The beneficiaries have been given 5days training to from two self-help groups “Vaishnav and Gyan” of Barabanki District, who were distributed 200 bee boxes and tool kits under the Honey Mission today. In addition to this, he also distributed footwear machines and equipments under the Leather Craft Mission to 10 beneficiaries who had taken 50 days training at CFTI Agra in district Agra. while interacting with the beneficiaries Chairman took firsthand information from the beneficiaries regarding the training provided and motivated them to set up the leather industry by taking advantage of this project. Chairman also  emphasized on realizing the dream of the  Prime Minister of self-reliant India and creating new opportunities of self-employment through various schemes implemented by Khadi and Village Industries Commission.  Officials of State Office- Lucknow and Divisional Office, Meerut, representatives of Uttar Pradesh Khadi and Village Industries Board and CSIR were present. Published in MSME News and PSU