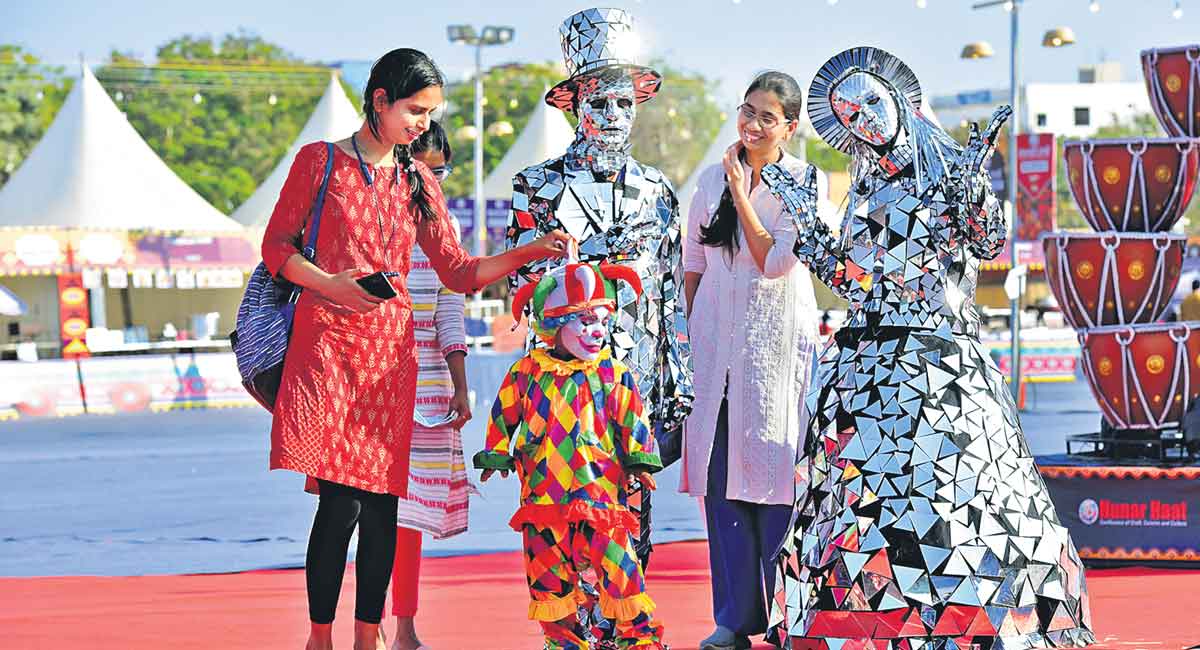 New Delhi: A testimony to the oldest living civilisation in the world, Red Fort Festival – Bharat Bhagya Vidhata‘sProjection Mapping Show ‘Matrubhumi’ is receiving an overwhelming response at the cultural extravaganza that runs until April 3rd from 11 am to 10pm which has made it a permanent fixture that will run throughout the year.

For the very first time in India, a grand spectacle using light, sound and music has been created through ‘Matrubhumi’ with state-of-the-art technology. The projection mapping show highlights the specialness of India through its long, amazing, and chequered history and stirs numerous emotions of patriotism to instil pride among our great nation’s citizens.

As a part of the government’s Azadi Ka Amrit Mahotsav to celebrate 75 years of Indian independence, Bharat Bhagya Vidhata has already earned its place as the greatest cultural melange in the country and possibly, the world. With ‘Matrubhumi’, the Ministry of Culture & Tourism, in association with Monument Mitra, Dalmia Bharat Limited, are collaboratively highlighting India’s rich history and heritage to newer generations through engaging interactive sequences projected at Red Fort itself!

Dignitaries from across the nation have already visited the festival. The inauguration ceremony was graced by Smt. Smriti Irani, Minister of Women and Child Development of India and “Monument Mitra”, Dalmia Bharat Limited’s Managing Director, Mr. Puneet Dalmia. Commissioner of Police Rakesh Asthana who inaugurated the projection mapping show at the Red Fort. Mr. Govind Mohan, Secretary, Ministry of Culture was also present on the opening night.

Beautifully conceptualised, scripted and executed, this 30-minutes show is a one-of-its-kind visual and cultural treat. The projection at Red Fort Festival – Bharat Bhagya Vidhata takes place until April 3rd and is free for all!

Timelines are as follows:

Worried that you cant make it to the festival for the projection show Dont worry as the overwhelming response to the grandeur projection at the festival has now made a permanent place at the Red Fort! So, after the 10-day festival is over the show will be continued throughout the year.