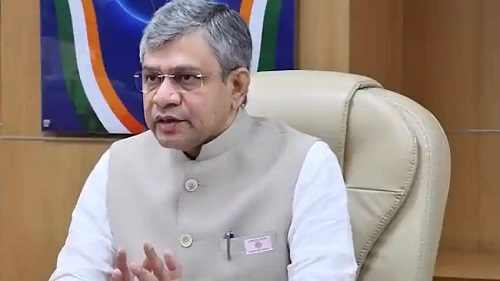 New Delhi. : Union Minister of Railways and Electronics & Information Technology Shri Ashwini  Vaishnaw  has announced a new train service Kashi Tamil Sangamam Express between Kashi and Tamil Nadu to commemorate the event. He interacted with the delegates from Tamil Nadu who were invited to witness the Kashi Tamil Sangamam. He also inspected the redevelopment plan of Varanasi Junction Railway Station.

Shri Ashwini  Vaishnaw interacted with the delegates of the eighth batch. The delegates shared their experiences in the tour and how they were well taken care of. He lauded the efforts of the Ministry of Railways & IRCTC team who helped in making this event successful. He said that such people-to-people exchange will bring the traditions, knowledge and culture closer together, while building an understanding of shared heritage and strengthen ties between the people of these two regions. 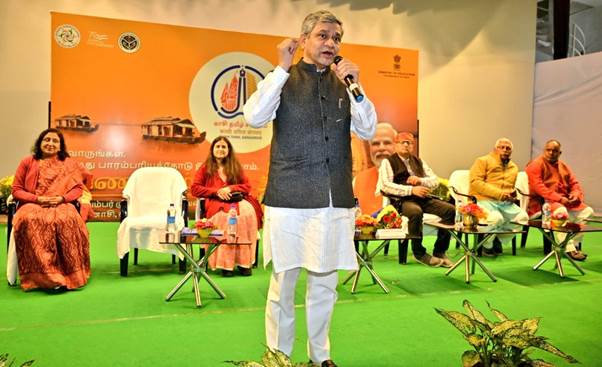 While inspecting the Varanasi Junction Railway Station, the Minister said redevelopment of this station into a world class railway station is in line with the PM’s vision of making the railway station to look like an airport terminal. He added that about Rs 7000 crore would be spent in revamping the station to make it one of the best in the world. 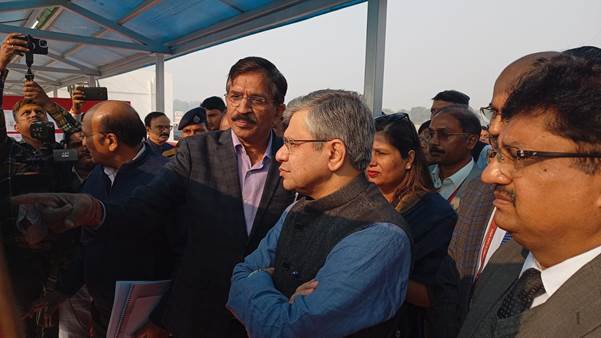 Shri Vaishnaw said that the redevelopment would be done planning for 50 years ahead. He said that in order to ease the heavy footfall of passengers in the stations in Varansi city, Integrated development of all the railway stations in the region would be made. He also said that sleeper Vande Bharat manufacturing would commence soon to provide modern amenities to the passengers.

Kashi Tamil Sangamam is a month-long programme organized by the Ministry of Education, as a part of Azadi ka Amrit Mahotsav. Delegates from various walks of life are invited to witness this festival in Kashi. The Ministry of Railways and IRCTC ferried the invited delegates to Kashi, Prayagraj and Ayodhya and provided hospitality to them.