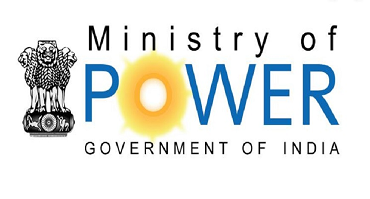 New Delhi. : In order to address the issue of air pollution due to farm stubble burning and to reduce carbon footprints of thermal power generation, Ministry of Power has decided to set up a National Mission on use of Biomass in coal based thermal power plants. This would further support the energy transition in the country and our targets to move towards cleaner energy sources.

The “National Mission on use of biomass in thermal power plants” will have the following objectives;

(a) To increase the level of co-firing from present 5% to higher levels to have a larger share of carbon neutral power generation from the thermal power plants.

(b) To take up R&D activity in boiler design to handle the higher amount of silica, alkalis in the biomass pellets.

(c) To facilitate overcoming the constraints in supply chain of bio mass pellets and agro- residue and its transport upto to the power plants.

The modalities of operation and structure of the Nation Mission are under finalization. It is being envisaged that the Mission would have a Steering Committee headed by Secretary (Power) comprising of all stakeholders including representatives from Ministry of Petroleum & Natural Gas (MoPNG), Ministry of New & Renewable Energy (MNRE) etc. The Executive Committee would be headed by Member (Thermal), CEA. NTPC will play a larger role in providing logistic and infrastructure support in the proposed National Mission. The Mission would have full time officers from CEA, NTPC, DVC and NLC or other participating organizations. The duration of proposed National Mission would be a minimum 5 years. The following Sub-Groups are also proposed to be formed under the Mission:

(i) Sub-Group 1 : to be responsible to carry out research on properties/ characteristics of biomass.

(ii) Sub-Group 2 : to carry out technical specification and safety aspects including research in boiler design etc. to handle the pilot project for higher amount of co-firing of biomass with coal in pulverized coal (PC) fired boilers.

(iii). Sub-Group 3: for resolving the issues of supply chain during the mission period and sensitization programme.

(v). Sub-Group 5: be formed on regulatory framework and economics of biomass co-firing in coal based Thermal power plants.

The proposed National Mission on biomass will also contribute in the National Clean Air Programme (NCAP).