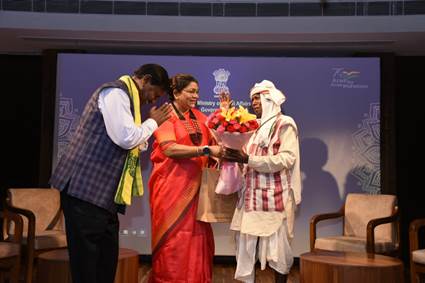 Prime Minister’s message of Ek Bharat Shreshtha Bharat and Sabka Saath Sabka Vikaas Sabka Vishwaas for everyone  will fulfill the dreams, hopes and aspirations of tribal people through  our journey of Amrit Kaal: Shri Arjun Munda

New Delhi: Celebrating the historical win of Smt. Draupadi Murmu, on becoming the 15th President of India, the Ministry of Tribal Affairs,  hosted  the Tribal Padma Awardees and Scheduled Tribe Members of Parliament from across the nation at the National Tribal Research Institute in New Delhi today. 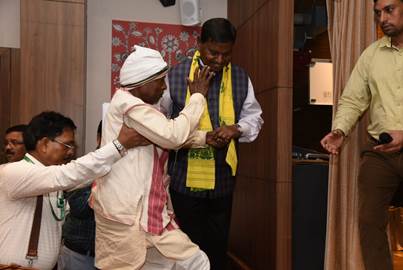 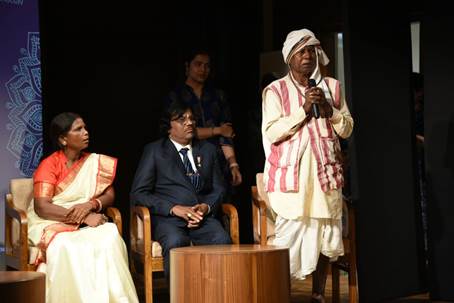 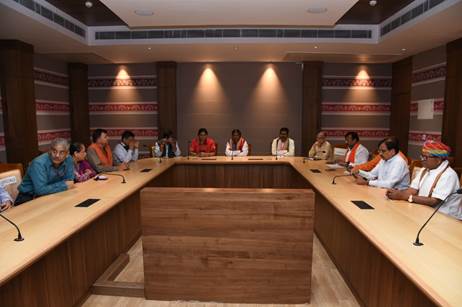 The Ministry organized Felicitation Ceremony for the Padma Awardees belonging to the Scheduled Tribe community to pay tribute to their indispensable contribution to the welfare and upliftment of tribal communities. Further, an Open House Special Interaction with the Padma Awardees at the venue was also organised.

The Padma Awardees present on the occasion shared their rich experiences and their journey of struggles.

On the occasion, Union Minister for Tribal Affairs Shri Arjun Munda said that listening to the life’s journey shared by tribal Padma awardees today is a great experience.

He added that the Padma awardees and their journey, as well as achievements, are a source of motivation for everyone. They have made a tremendous contribution to the society. We must pay our tribute to these achievers who have made a difference on the ground, Shri Arjun Munda urged.

We must take inspiration from the awardees to transform the lives of Tribal people and tribal society from India@75 to India@100, he added. The Prime Minister has given the message of Ek Bharat Shreshtha Bharat and Sabka Saath Sabka Vikaas Sabka Vishwaas for everyone which will fulfill the dreams, hopes, and aspirations of tribal people through our journey of Amrit Kaal, the Minister said.

The Union Minister for tribal affairs Shri Arjun Munda also chaired a review meeting with tribal MPs and ministry officials about the schemes and programs of the Ministry.

Matters such as the impact of efforts in propelling the tribal cause and their overall development were laid emphasis on and deliberated at length in the interaction.

The event is yet another milestone in strengthening cooperation, coordination and development for the tribal communities in India and will serve to reinforce the long-standing bond of equality and oneness in India.