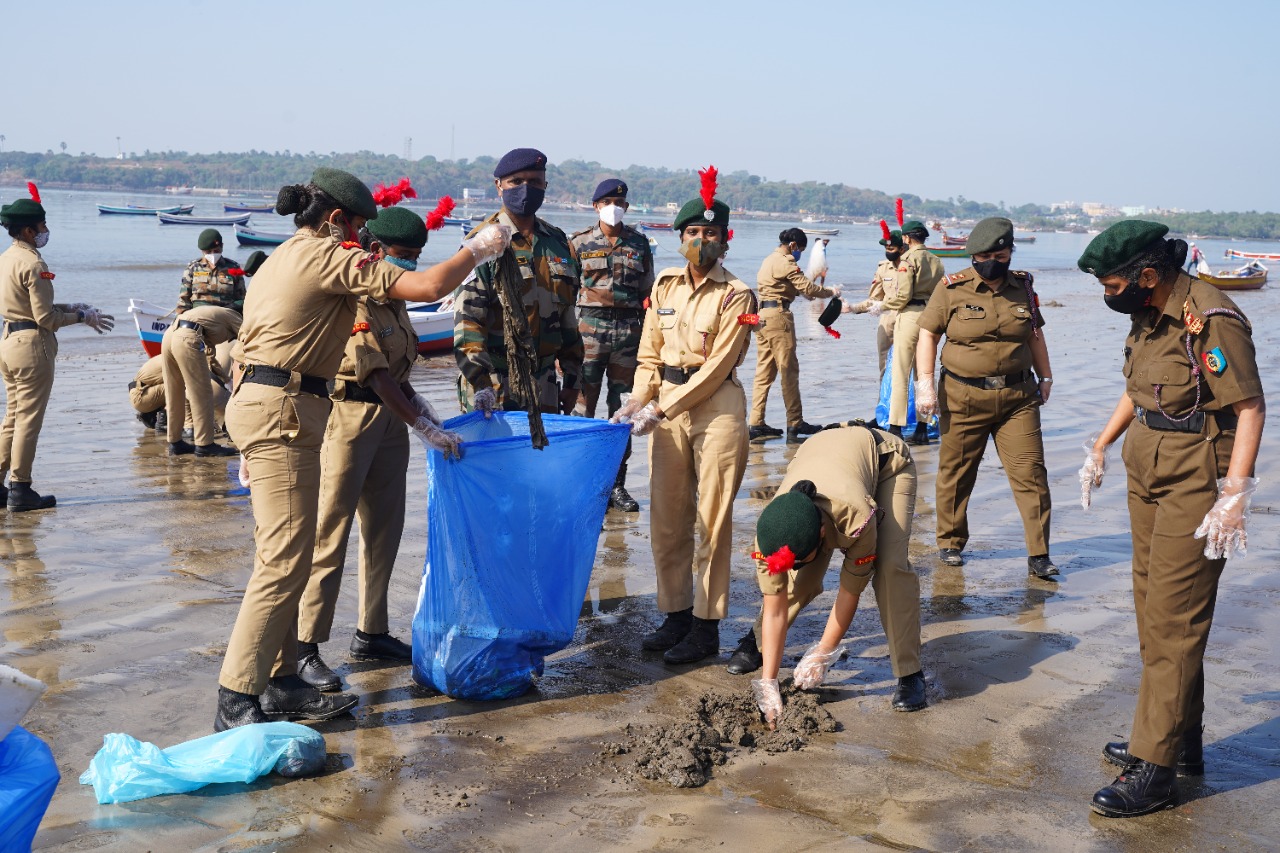 New Delhi: In keeping with the vision of Prime Minister Shri Narendra Modi, National Cadet Corps (NCC) has initiated a nationwide flagship campaign ‘Puneet Sagar Abhiyan’ to clean seashores/beaches and other waterbodies, including rivers and lakes of plastic & other waste material. The initial phase of the ‘Puneet Sagar Abhiyan 2022’ is being conducted in a grand manner between April 01-05, 2022, coinciding with the National Maritime Day. More than 1.5 lakh cadets from all 17 State Directorates of the NCC are participating in various activities, positively impacting a population of approximately 50 Lakh citizens.

The flagship event conducted in December last year was popular, having about 3.9 Lakh cadets from 127 coastal area NCC units participated in the month-long campaign, conducted between December 01-30, 2021, collecting almost 19 tonnes of plastic garbage. Considering its immense success, it was decided that the ‘Puneet Sagar Abhiyan’ would be taken up as a continuous activity, which will be conducted by all NCC units throughout the year.

The purpose of the Abhiyan is to educate locals and sensitise them about ‘Swachh Bharat’. It is envisioned to increase the awareness amongst local population and future generations about importance of keeping the beaches and riverfronts clean. Drawing and poster making competitions, essay writing, poetry, article writing, debate, etc are also being conducted at various locations. The NCC cadets are also joined in by NCC Alumni, locals and tourists at a large number of places across the country. The Abhiyan gained mass popularity that the Prime Minister Narendra Modi mentioned about it in his ‘Mann Ki Baat’.

Published in Corporate News and Policies