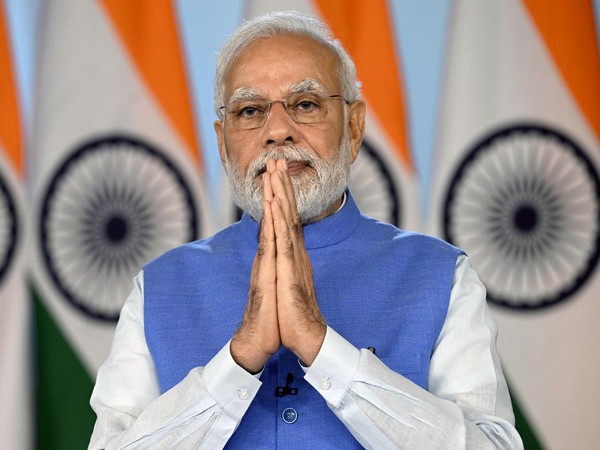 New Delhi. : The Prime Minister,  Narendra Modi addressed the valedictory function of the 9th World Ayurveda Congress. He also inaugurated three National Ayush Institutes. The three institutes – All India Institute of Ayurveda (AIIA), Goa, National Institute of Unani Medicine (NIUM), Ghaziabad and National Institute of Homoeopathy (NIH), Delhi – will further strengthen research and international collaborations and will also facilitate affordable Ayush services for people. Developed at a total cost of about Rs 970 crores, these institutes will increase the intake of students by around 400 along with the addition of about 500 hospital beds.

The Prime Minister expressed happiness that more than 30 countries of the world have given recognition to Ayurveda as a traditional system of medicine. He called for more sustained work to ensure wider recognition of Ayurveda. He said that the three National institutes inaugurated today will provide new momentum to the Ayush healthcare system.

Dwelling upon the philosophical underpinnings of Ayurveda the Prime Minister said “Ayurveda goes beyond treatment and promotes wellness”, as he pointed out that the world is shifting towards this ancient way of life after going through various changes in trends. The Prime Minister expressed delight that a lot of work with regard to Ayurveda is already underway in India. Recalling the time when he was the Chief Minister of Gujarat, the Prime Minister said that he had promoted institutions related to Ayurveda and worked towards the advancement of Gujarat Ayurvedic University. As a result, the Prime Minister said, “The World Health Organisation established the first and only Global Centre for Traditional Medicines in Jamnagar. Referring to the present government, the Prime Minister highlighted that the separate Ministry of Ayush was established which led to increased enthusiasm and trust towards Ayurveda. He further added that along the lines of AIIMS, All India Institute of Ayurveda are also being established. Recalling the Global Ayush Innovation and Investment Summit that took place earlier this year, the Prime Minister highlighted that WHO was full of praise for India’s efforts in the field of traditional medicine. He also informed that the world is celebrating International Yoga Day as the global festival of health and wellness. “There was a time when Yoga was looked down upon but today, it has become a source of hope and expectations for the whole of humanity”, Shri Modi remarked.

Lamenting the delayed global accord, ease and acceptance of Ayurveda in the world of today, the Prime Minister pointed out that advanced science only considers proof as the holy grail. Stressing the need to continuously work toward the documentation of ‘Data Based Evidence’, the Prime Minister said that we had Ayurveda’s results as well as effects in our favour, but we were lagging behind in terms of evidence. He emphasised that our medical data, research, and journals have to be brought together to verify every claim on modern scientific parameters. Throwing light on the work done in this regard, the Prime Minister mentioned the creation of an Ayush Research Portal for Evidence-Based Research data. The Prime Minister informed that data from about 40 thousand research studies are available so far, and during the Corona period, we had about 150 specific research studies related to AYUSH. “We are now moving forward in the direction of forming a ‘National Ayush Research Consortium”, he added.

The Prime Minister elaborated that Ayurveda is a way of life too. Drawing an analogy to a machine or a computer that malfunctions due to a lack of knowledge by the end user, the Prime Minister said that Ayurveda teaches us that body and mind should be healthy together and in harmony with each other. Highlighting the speciality of Ayurveda, the Prime Minister said that ‘proper sleep’ is a huge topic of discussion for medical science today, but Ayurveda experts of India had written on this in detail centuries ago. Throwing light on the importance of Ayurveda in the economy also, the Prime Minister talked about new opportunities in the field of Ayurveda such as farming of herbs, manufacturing and supply of Ayush medicines, and digital services. He said that there is huge scope for Ayush startups in these areas. Talking about the opportunities for all in the field of Ayurveda, the Prime Minister informed that about 40,000 MSMEs are active in the Ayush sector. Ayush Industry which was about 20 thousand crore rupees 8 years ago has reached about 1.5 lakh crore rupees today. “This means that there has been 7 times growth in 7-8 years”, he said. He also elaborated on the global growth of the sector and said the current global market for herbal medicine and spices is about 120 billion dollars or rupees l0 lakh crore. “This sector of traditional medicine is expanding continuously and we have to take full advantage of its every possibility. For the rural economy, a whole new sector of agriculture is opening up for our farmers, in which they will also get very good prices. Thousands and lakhs of new jobs will be created for the youth in this,” he added.

Mentioning the opportunities in Ayurveda and Yoga tourism, especially for a state like Goa, the Prime Minister said that the All India Institute of Ayurveda (AIIA), Goa can prove to be an important beginning in that direction.

The Prime Minister explained the futuristic vision of One Earth One Health that India has put forward to the world. “’One Earth, One Health’ means a universal vision of health. Whether it is marine animals, wild animals, human beings or plants, their health is interconnected. Instead of seeing them in isolation, we have to see them in totality. This holistic vision of Ayurveda has been a part of India’s tradition and lifestyle”, he said.  He called upon the Ayurveda Congress to discuss how a roadmap of taking forward Ayush and Ayurveda in totality can be created.

The 9th edition of the World Ayurveda Congress (WAC) & Arogya Expo is witnessing the active participation of more than 400 overseas delegates representing over 50 countries, international students and various other stakeholders of Ayurveda. The theme of the 9th edition of WAC is “Ayurveda for One Health”.

The three inaugurated institutes – All India Institute of Ayurveda (AIIA), Goa, National Institute of Unani Medicine (NIUM), Ghaziabad and National Institute of Homoeopathy (NIH), Delhi – will further strengthen research and international collaborations and will also facilitate affordable Ayush services for people. Developed at a total cost of about Rs 970 crores, these institutes will increase the intake of students by around 400 along with the addition of about 500 hospital beds.