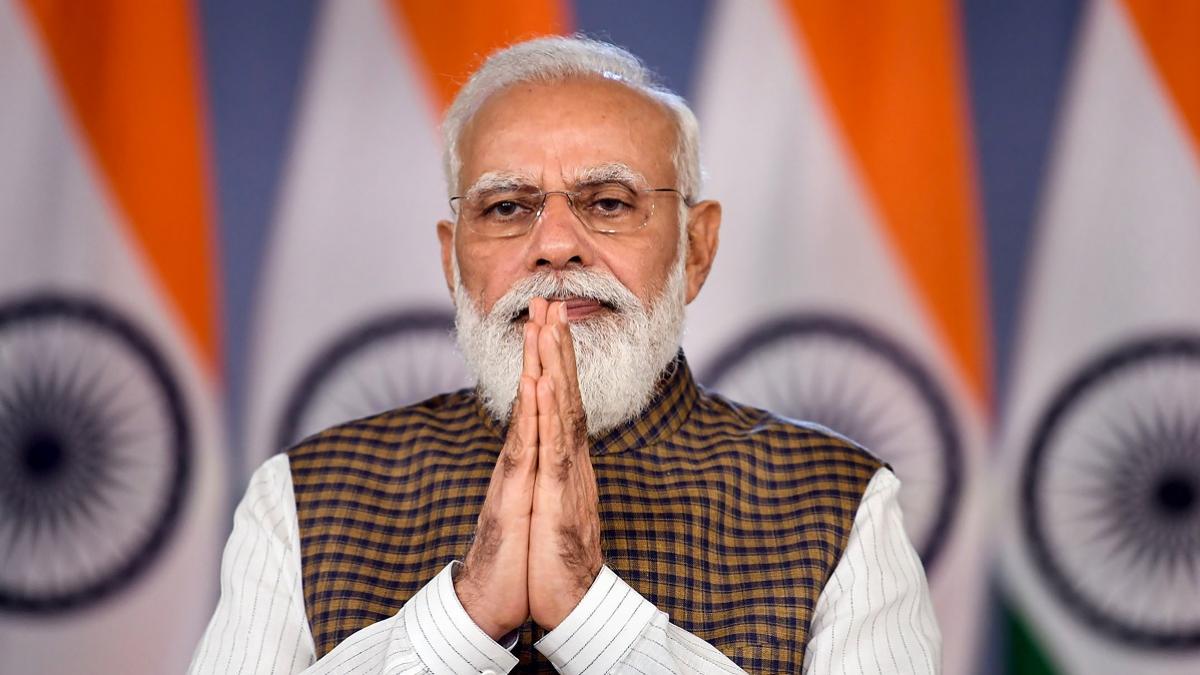 Shri Kagu Kranti Kumar of Visakhapatnam, a beneficiary of Deendayal Upadhyaya Gram Jyoti Yojna, also detailed the positive impact of electricity in his life. The Prime Minister said that the country will progress only when every citizen progresses and expressed satisfaction that facilities of electricity are reaching all the villages of the country.

Smt Pramila Devi of Varanasi, a beneficiary of the Integrated Power Development Scheme was greeted by Har Har Mahadev by the Prime Minister. The Prime Minister, a Member of Parliament from Varanasi, asked her to pay respect to Baba Vishwanath on his behalf. The Prime Minister also expressed happiness that overhead wires are gradually being phased out leading to better safety and aesthetic outcomes.

Shri Dhiren Sureshbahi Patel from Ahmedabad talked about his experience installing solar panels. The Prime Minister said that by installing rooftop panels Dhirenbhai became an electricity seller. The Prime Minister said that in the last year many steps have been taken to ensure a confident position of the country in the energy sector by 2047. He said people’s participation has been the greatest strength in this regard.

Addressing the gathering, the Prime Minister said Energy and power sectors have a huge role to play in accelerating India’s progress in the next 25 years. The strength of the energy sector is also important for Ease of Doing Business and is equally important for Ease of Living. He said that the projects launched today are significant steps in the direction of green energy and energy security for the county. These projects will strengthen India’s renewable energy goals, commitment, and aspirations of its green mobility, he said. The Prime Minister announced that work on two big green hydrogen projects in Ladakh and Gujarat is starting today. The plant being set up in Ladakh will produce green hydrogen for vehicles in the country. This will be the first project in the country that will make commercial use of green hydrogen-based transport possible. Ladakh very soon will be the first place in the country where fuel cell electric vehicles will start to ply. This will help in making Ladakh a carbon-neutral region, he said.

The Prime Minister also informed that after blending ethanol in petrol and aviation fuel, now the country is moving towards blending green hydrogen in piped natural gas pipelines. Which will reduce import dependence on natural gas.

Remembering the poor state of power scenario before 2014, The Prime Minister reminded us that eight years ago, the Government took the initiative to transform every part of the country’s power sector. Four different directions were worked together to improve the power system – Generation, Transmission, Distribution, and Connection.

The Prime Minister informed that in the last 8 years, about 1,70,000 MW of electricity generation capacity has been added in the country. One Nation One Power Grid has become the strength of the country today. About 1,70,000 circuit kilometer transmission lines have been laid to connect the entire country. Furthermore, by giving 3 crore connections under the Saubhagya Scheme, we are also nearing the saturation goal, he added.

The Prime Minister said ‘we had resolved to create 175 GW of renewable energy capacity by the completion of 75 years of independence. Today we have come close to this goal. So far, about 170 GW capacity has been installed from non-fossil sources. He added that today, India is in the top 4-5 countries of the world in terms of installed solar capacity. Many of the world’s largest solar power plants are in India today. The country has got two more big solar plants today. These plants built in Telangana and Kerala are the first and second largest floating solar plants in the country. The Prime Minister said that solar panels are being encouraged in households.

The Prime Minister said that along with increasing the production of electricity, the emphasis of the government is also on saving electricity. “Saving electricity means enriching the future. PM Kusum Yojana is a great example of this. We are providing solar pump facility to farmers, helping to install solar panels on the side of the fields”, he said.

The Prime Minister said that the UJALA scheme has also played a big role in reducing electricity consumption and bills in the country. Every year 50 thousand crore rupees are saved from the electricity bills of poor and middle-class households.

The Prime Minister noted that with the passage of time, a serious disorder has come into our politics. In politics, people should have the courage, to tell the truth, but we see that some states try to avoid it. This strategy may sound like good politics in the short term. But it is like postponing today’s truth, today’s challenges, for tomorrow, for our children, and for our future generations. This thinking of avoiding solutions to today’s problems and leaving them for the future is not good for the country, he said. This thought process has pushed the power sector in many states into huge problems.

The Prime Minister said losses in our distribution sector are in double digits. Whereas in the developed countries of the world it is in single digit. This means that we have a lot of wastage of electricity and therefore we have to generate more electricity than we need to meet the demand for electricity. He said there is a lack of investment in reducing distribution and transmission losses in many states. The Prime Minister remarked that people will be surprised to know that different states have outstanding dues of more than Rs 1 lakh crore. They have to give this money to power generation companies. Power distribution companies are owed more than 60 thousand crore rupees from many government departments, and local bodies. He said that these companies are not able to get even the money that has been committed for subsidy on electricity in different states on time and in full. This arrear is also more than Rs 75,000 crore. Those responsible for activities ranging from the generation of electricity to the door-to-door delivery, their about two and a half lakh crore rupees are trapped.

The Prime Minister requested the states whose dues are pending, to clear them as soon as possible. Also, honestly consider the reasons that even when the countrymen pay their electricity bills honestly, why do some states have arrears again and again? He said this is not a matter of ‘Rajniti’ (politics) but pertains to ‘Rashtra Niti’ and nation building, he said

He ended by reminding the stakeholders that the health of the electricity sector is everyone’s responsibility.

Under the leadership of the Prime Minister, the government has taken multiple path-breaking initiatives in the power sector. These reforms have transformed the sector, with the focus being on making affordable power available for all. Electrification of about 18,000 villages that did not have access to power earlier signified the commitment of the government towards ensuring last mile outreach.

The Ministry of Power’s flagship Revamped Distribution Sector Scheme is aimed at improving the operational efficiencies and financial sustainability of the DISCOMs and Power Departments. With an outlay of over Rs. 3 lakh crore over a period of five years from FY 2021-22 to FY 2025-26, the scheme aims to provide financial assistance to DISCOMs for modernization and strengthening of distribution infrastructure, focussing on the improvement of the reliability and quality of supply to end consumers. It also aims to reduce the AT&C (Aggregate Technical and Commercial) losses to pan-India levels of 12-15% and the ACS-ARR (Average Cost of Supply-Average Revenue Realized) gap to zero by 2024-25 by improving the operational efficiencies and financial sustainability of all state-sector DISCOMs and Power Departments.

The 735 MW Solar PV Project at Nokh, in Jaisalmer, Rajasthan is India’s largest Domestic Content Requirement based Solar project with 1000 MWp at a single location, deploying high-wattage bifacial PV Modules with a tracker system. The Green Hydrogen Mobility Project at Leh, Ladakh is a pilot project and aims for five Fuel Cell Buses to be run in and around Leh. This pilot project would be the first deployment of Fuel Cell Electric Vehicles for public use in India. The Green Hydrogen Blending Pilot Project at NTPC Kawas Township will be India’s first Green Hydrogen Blending Project helping in reducing the usage of natural gas.

The Prime Minister also launched a national solar rooftop portal, which will enable online tracking of the process of installation of rooftop solar plants, starting from registering the applications to release of subsidies in residential consumers’ bank accounts after installation and inspection of the plant.

‘Ujjwal Bharat Ujjwal Bhavishya – Power @2047’ is taking place from 25th to 30th July, as part of the ongoing ‘Azadi Ka Amrit Mahotsav’. Organized across the country, it showcases the transformation in the power sector achieved in the last eight years. It aims to empower citizens by improving their awareness and participation in various power-related initiatives, schemes, and programs of government.