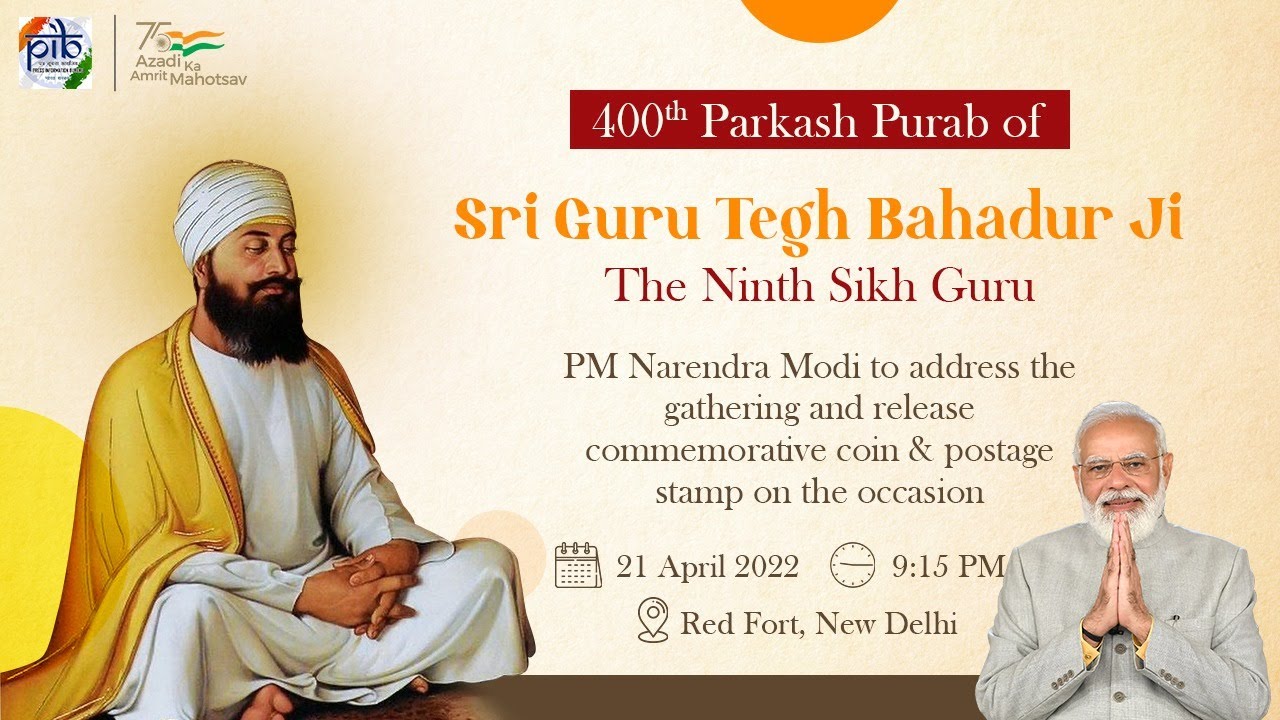 New Delhi: Prime Minister Shri Narendra Modi will participate in the celebrations of the 400th Parkash Purab of Sri Guru Tegh Bahadur Ji at Red Fort in New Delhi on 21 April 2022 at around 9:15 PM. He will address the gathering and also release a commemorative coin and postage stamp on the occasion.

The programme is being organised by the Government of India in collaboration with the Delhi Sikh Gurdwara Management Committee. During the two day (20 and 21 April) event, ragis and children from different parts of the country will participate in ‘Shabad Kirtan’. There will also be a grand light and sound show depicting the life of Guru Tegh Bahadur Ji. Apart from this, the traditional martial art of Sikhs ‘Gatka’ will also be organized.

The programme is focussed on highlighting the teachings of Guru Tegh Bahadur Ji, the ninth Sikh Guru, who sacrificed his life to protect religion and human values, ideals and principles in world history. He was executed for supporting the religious freedom of Kashmiri Pandits on the orders of Mughal ruler Aurangzeb. His death anniversary is commemorated as Shaheedi Divas every year on 24 November. Gurdwara Sis Ganj Sahib and Gurdwara Rakab Ganj in Delhi are associated with his sacred sacrifice. His legacy serves as a great unifying force for the nation.