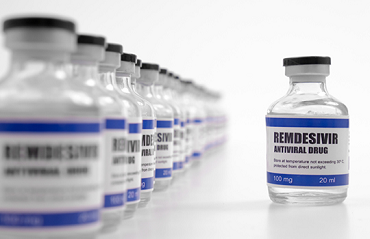 Availability, production and supply of Remdesivir being monitored continuously

Substantial increase in number of manufacturing sites of Remdesivir

All efforts are being made to enhance the availability of the drug both through imports as well as augmented domestic production.  Exports of Remdesiver has been prohibited since 11th April, 2021. Customs duty has been exempted on Remdesivir injection, Remdesivir API and Beta Cyclodextrin (SBEBCD) used in the manufacture of Remdesivir with effect from 20th  April 2021.

Looking to the suddenly increased demand in the country, in order to ensure equitable distribution of Remdesivir among different regions of the country, central government has been making allocations to States and UTs since third week of April.   Interim allocation of 11 lakh vials was made for 19 states and UTs with high demand on 21stApril 2021 for period up to 30th April. This allocation was increased to 16 lakh vials on 24th April as more supplies became available and all States and UTs were allocated the vials. In a series of allocations issued subsequently, with latest allocation issued on 16th May, 76 lakh vials in total have been allocated among States for period up to 23rd May, 2021.

The State Governments and UTs have been asked to monitor proper distribution within their jurisdiction covering both government as well as private hospitals and in line with judicious use as advised in the “National Clinical Guidance for management of adult Covid-19 patients” issued jointly by AIIMS/ICMR Covid-19 National Task Force and Joint Monitoring Group of MoHFW. State Governments / UTs have been advised to place adequate purchase orders with the marketing companies immediately for the quantity that they want to purchase out of allocation for the State/ UT as per supply plan in close coordination with liaison officers of the companies. The coordination with private distribution channel in the state is also to be made by the States. The State governments have also been advised to put in place a  mechanism for issuance of this drug to the needy patients and well advertise it among the public in the State.

All the seven Indian manufacturers have been making supplies to States as per the allocation both against government purchase orders and also through their private distribution channels in States. Total 54.15 lakh vials of Remdesivir have been supplied across the country by the Drug companies during 21st April-15th May, 2021 period. Supply of Remdesivir to Various State Governments and central Institutions is continuously being monitored and whenever any complaint regarding supply is received, it is taken up immediately with the concerned manufacturer. Department of Pharmaceuticals, through National Pharmaceuticals Pricing Authority (NPPA), is in constant touch with all the States through their Nodal officers and manufacturing companies through their Liaison Offficers.

In addition to allocation mentioned above, as on 16.05.2021, a total of 5.26 lakh vials of Remdesivir, which have been received through donation from other countries/organizations and 40000 vials which have been commercially imported, have also been allocated to States and UTs.