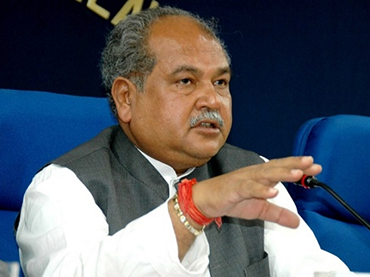 The National Food Security Mission (NFSM)-Pulses programme is being implemented in 28 states and 2 Union Territories (i.e, Jammu & Kashmir and Ladakh) and NFSM-Oil seeds in 25 states and 3 Union Territories (i.e, Jammu & Kashmir, Ladakh and Puducherry) of the country. The assistance is being provided to the farmers through state governments on latest crop production technologies, distribution & production of new varieties of pulses & oilseeds, integrated nutrient and pest management techniques, farm implements, water saving devices, capacity building of farmers through trainings etc. Further, seed mini kits of high yielding varieties of pulses and oilseeds are provided free of cost to the farmers. Under NFSM-oilseeds, assistance is also given on the purchase of breeder seed and production of foundation seeds.

This information was given by the Union Minister of Agriculture and Farmers Welfare  Narendra Singh Tomar in a written reply in Rajya Sabha today.