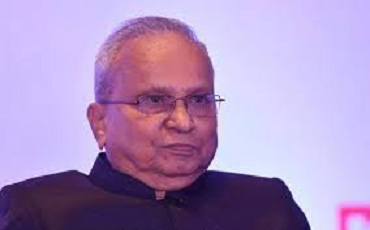 Resolution of pending issues of exporters would give impetus to trade : Mahesh Desai, EEPC India Chairman

New Delhi. : The value of engineering goods shipments registered a year-on-year growth of 238.27% during April, 2021 owing primarily to lower base effect and strong demand from traditional markets. This shows recovery in external trade is very much on track and improved trade outlook, said EEPC India Chairman Mr Mahesh Desai.

“As vaccine coverage rises in Europe and North America we see further increase in demand. Shipments to China have already been quite healthy and we expect the trend to continue,” he noted.

Mr Desai said that the recent surge in Covid cases has some downside risks to the growth as various state governments have imposed lockdowns and curfews to contain the spread of the virus.

“This has caused a slowdown in inter-state movement of goods and shortage of manpower. In order to address this, we urge the government to classify the export sector as the essential services,” he said.

The EEPC Chairman noted that the government has largely taken a very balanced approach to deal with the health crisis focussing both on saving lives and protecting livelihood.

In a very encouraging development, Department of Commerce has taken up various issues of exporters with the Finance Ministry for their early resolution. Some of the pending issues pertain to Remission of Duties and Taxes on Export Products (RoDTEP), Merchandise Exports from India Scheme (MEIS) and Inverted duty structure.

“Once resolved, it will further provide impetus to the export sector,” said Mr Desai.

Given the growth trends in previous fiscal and April this year, it is hoped that merchandise exports could touch $400 billion in FY22. The value of exports in the first week of May was up by almost 9% (over the same period last year) pointing to a positive trend, the EEPC Chairman concluded.