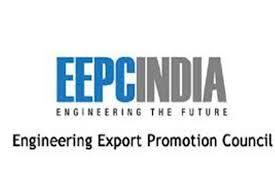 New Delhi. : Engineering goods exports zoomed 234.63% in April 2021 indicating that recovery in outbound trade is well on track and outlook remains positive. While sharp jump in shipments is primarily on account of low-base effect, it has also been supported by robust demand, said EEPC India Chairman Mr Mahesh Desai.

“The recent surge in Covid-19 cases has posed risks to the growth but we remain hopeful of continued recovery during the year. The WTO has also revised its projection upward and expects the global trade volume to increase by 8% in 2021,” he said.

He emphasized that remarkable performance of the engineering goods sector in the last few months is quite reassuring for exporters who were hit badly by the spread of coronavirus.

Stating that localised lockdowns and night curfews announced by various state governments to contain a second wave of pandemic could cause shortage of workers and logistical issues Mr Desai said that they should only be a short-term problem.

He noted that some of the macro indicators have shown the economy is well on the path of recovery. For instance, gross GST collection registered record growth in April despite a fierce second wave of the pandemic. Core sector output also rose 6.8% in March.

The EEPC Chairman said that expansion in vaccine coverage would mean easing of restrictions and lockdowns which will further support overall demand and consumption.