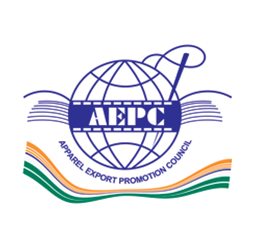 New Delhi/ Gurugram, 14th July 2022: As the Scheme for Rebate of State and Central Taxes and Levies (RoSCTL) in Apparels and Made-Ups Sector completes one year of its extension, the Apparel Export Promotion Council (AEPC) is grateful and thanked government for the various support measures provided to the apparel industry.

The RoSL scheme which after the introduction of GST in 2017 was replaced by a new scheme – Rebate of State and Central Taxes Levies (RoSCTL) in March 2019. On 14 July 2021, Government approved the continuation of Rebate of State and Central Taxes and Levies (RoSCTL) with the same rates as notified by the Ministry of Textiles for exports of apparel/garments and made- ups till March 31, 2024, to boost the exports and job creation.

Speaking on completion of one successful year of the scheme, Chairman AEPC, Naren Goenka said, “RoSCTL is a forward-looking and growth- oriented scheme which has provided a stable and predictable policy regime, helping boost exports and employment. The scheme helped improve cost efficiency and the export competitiveness in the international market. It has also promoted incubation of start-ups & entrepreneurs in the domain and also led to the large number of MSMEs joining the apparel export business.” As the scheme completes one year, the 7000 members of Apparel Export Promotion Council (AEPC) are grateful for the government support, he added.

The Scheme has been instrumental in enhancing exports of readymade garments, increasing the apparel manufacturing units, increasing employment and investment. It has also promoted incubation of start-ups & entrepreneurs in the domain and also led to the large number of MSMEs joining the apparel export business.

Further Chairman AEPC, requested to the government, “Towards realising the full potential of RoSCTL Scheme, we request government that the transferee clause, as given in the DoR Notification, making transferee liable in the case of non-realization of the exporter proceeds should be deleted. The exporters are facing operational issues with respect to availing the scheme.”