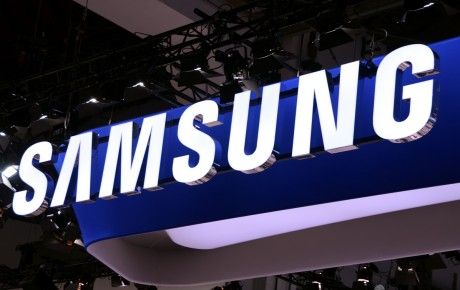 As per data from Counterpoint Research, only competitor to Samsung in this segment is Apple, whose iPhone 13 series was launched in India in sync with the global launch. Other popular models in the Rs 1 lakh and above category include iPhone 13 Pro max and Samsung Fold 3.

On the back of the recently launched Galaxy S22-series, South Korean technology giant Samsung has managed to capture 81 per cent market share in the Rs 1 lakh and above smartphone category in March 2022. Of this, 74 per cent of the volume came from the recently launched Galaxy S22 Ultra, says Counterpoint Research. The only competitor to Samsung in this segment is Apple, whose iPhone 13 series was launched in India in sync with the global launch. Other popular models in the Rs 1 lakh and above category include iPhone 13 Pro max and Samsung Fold 3.

“Galaxy S22 series had a great start in India, especially for the Galaxy S22 Ultra that merges Note features with the S-series. As a result of this, the demand was not only driven by the strong installed base of the previous S series users but also from the note users as well. Samsung has a momentum now in the premium segment as our channel checks are indicating a robust demand going into the second quarter as well,” said Tarun Pathak, Research Director, Counterpoint Research.

Samsung’s strategy of making available a wide variety of options to choose from, expanding of retail footprint where consumers can experience the smartphone along with financing options have worked in favour of the company. After launching the S22 series early this year, Samsung has introduced new variants in the A-series and M-series, offering more options at different price points.

All this has helped the company capture a 22 per cent market share in March 2022, which could position Samsung as the number 1 smartphone player for the month, as per Counterpoint Research. The numbers for Xiaomi, OnePlus and other players aren’t available yet. However, for Q1 2022, Chinese smartphone maker Xiaomi dominated the smartphone market with a 23 per cent share, with Samsung closing the gap at 20 per cent. Realme followed at the third spot with a 16 per cent share, Vivo with 15 per cent and Oppo with 9 per cent.

Aditya Babbar, Senior Director and Head of Product Marketing, Mobile Business, Samsung India told Business Today, “We have achieved a record milestone of 74 per cent volume market share in greater than Rs 1 lakh segment with Galaxy S22 Ultra. We increased our flagship retail footprint to over 10,000 touchpoints to enable consumers to experience our devices not only in metro cities but also in Tier 1 and smaller towns. We have witnessed a value growth of 9 per cent in Q1 this year and eyeing double digital growth in value in the next quarter.

Unlike Apple, where India became a key focus market only in the last few years, India has been a top-priority market for Samsung for over a decade now. Be it the flagship Galaxy S series or the Galaxy Note (which has now been discounted and merged with Galaxy S), the devices were launched in India in the first wave.